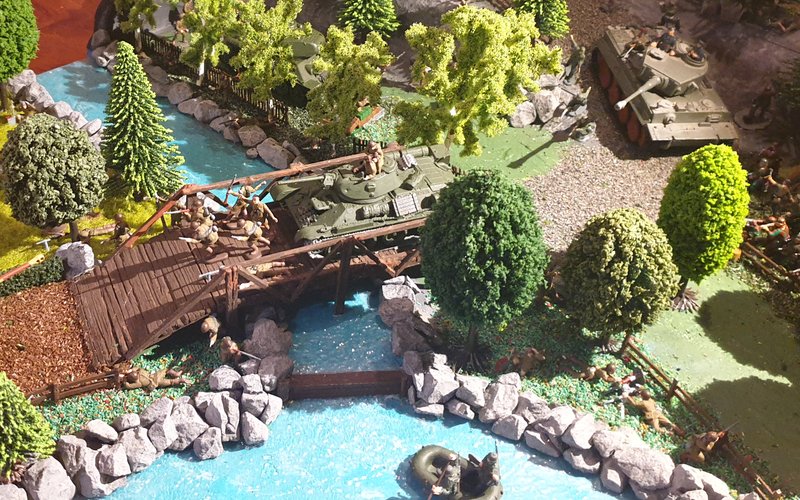 Fictional representation of a conflict between enclosed Russian troops and Germans who approaches from 2 side: through the fields and trough the mountain passage. Hiding behind quickly erected fortifications does not protect the suffering Russian soldiers long as the German Pantzer 2 with 80mm gun is no match for the T-34. The IS-2 across the river with 80mm gun as well is to far away yet and under attack already by a Pantzer 1. With nearly a 100 German infantry and paratrooper soldiers surrounding the situation doesnt look good for the exhauset Russian. Perhaps this is not the end for the poor Russian soldiers caught in between as a figher plane just arrived in time to aim for the heavy German tanks after shooting a Meessersmith out of the sky..

The German Flak-18  is pointing its 80mm gun at the bridge where a T-34 and Russian troops are slowley moving foward.

Close-Up 3: On the bridge