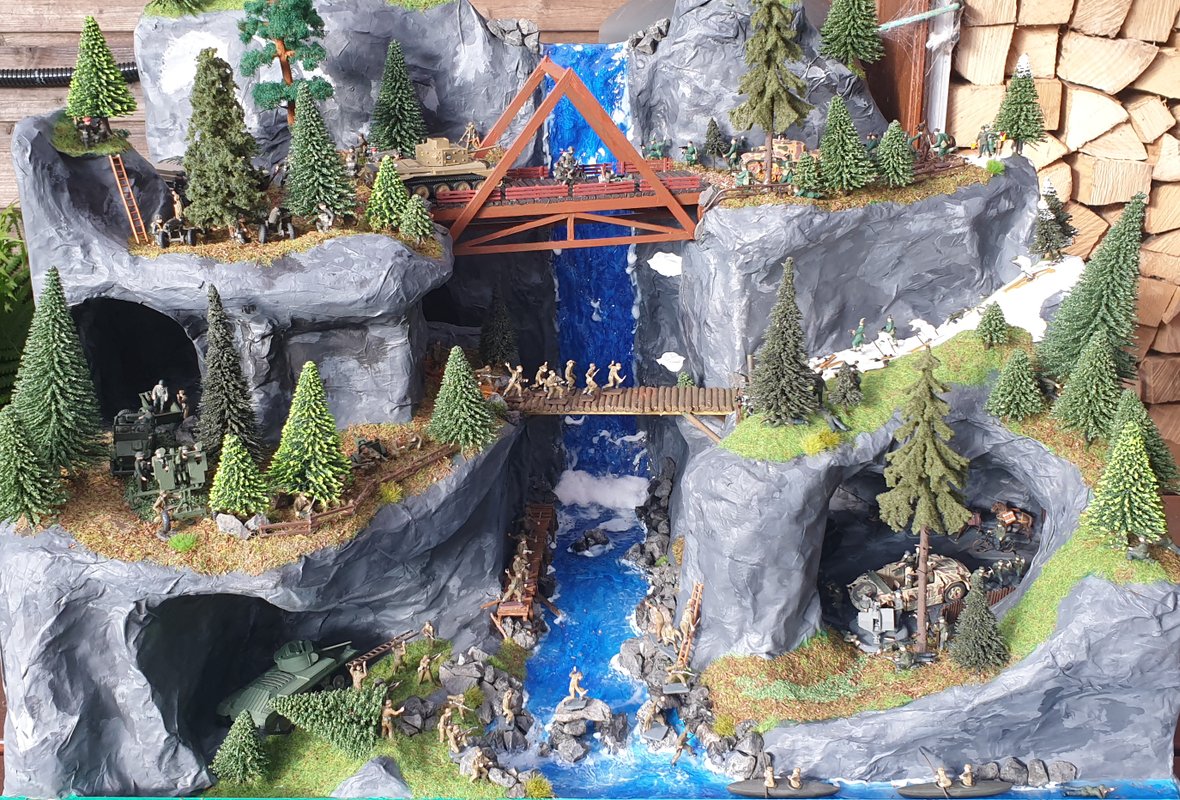 Fictional representation of a conflict between enclosed British troops and Germans and supprotign Italians crossing a bridge in a remote moutain area with a river running though and nearby waterfall.

Both sides are facing each other on the rims of  high cliffs with wooden bridges connecting. On three differnt layers the troops are fighting to reach the otherside. Moreover, the British paratroopers and commandos have to push to the otherside, where the German and Italian Mountain tropps making there appraence and having a the tactical advantage.

Underneath the mountain range, in a huge cavern, large enough to park a Panzer IV, somethign omnious is happenign by the Germans. Perhaps even where the Italians have no clue about.

A diversity of a few German, Italian and British tanks, artillery, vehicles and no airplanes, such as Cromwell, Valentine, Panzer IV, Semovente, Flak-38, Bofors, M1 Howitzers, etc. The plastic models which are constructed, painted and hence used in the diorama are represented below. Click on each images to redirect to detailed facts & more photos.