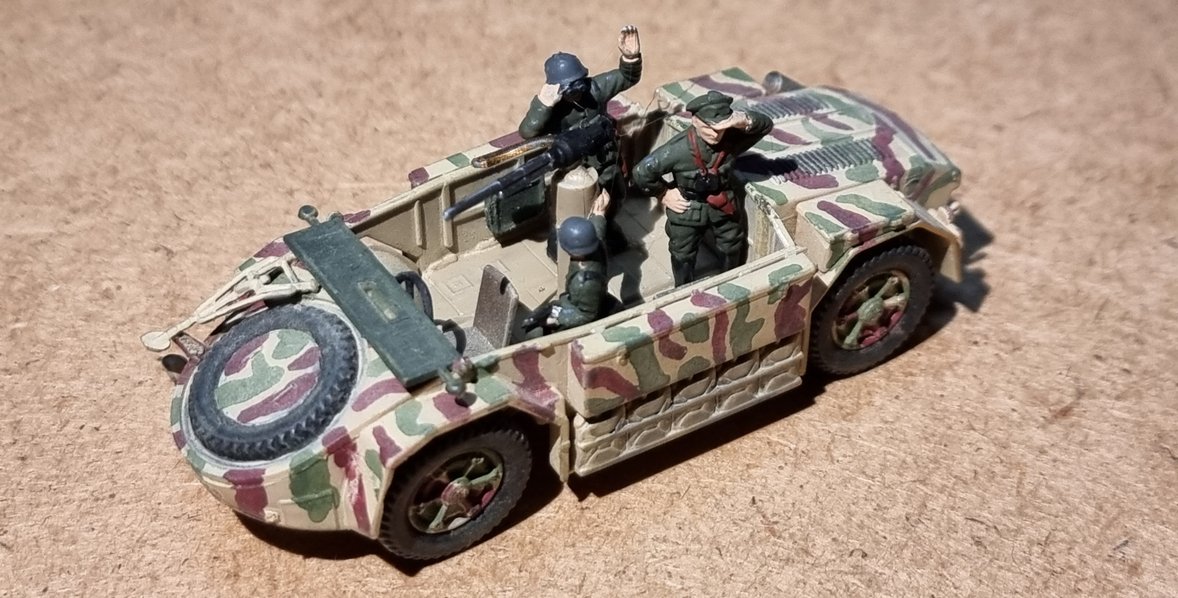 The SPA-Viberti AS.42 Sahariana was an Italian reconnaissance car of World War II. The AS 42 Sahariana was developed by SPA-Viberti using the same chassis as the AB 41 armoured car, including its four-wheel steering, but with a 2x4 transmission specifically for desert operations, primarily in a reconnaissance role. Its origins trace back to requests stemming from units operating on the North African Front for a long range, highly manoeuvrable vehicle, similar to those widely used by the highly successful British reconnaissance forces, the Long Range Desert Group (LRDG). 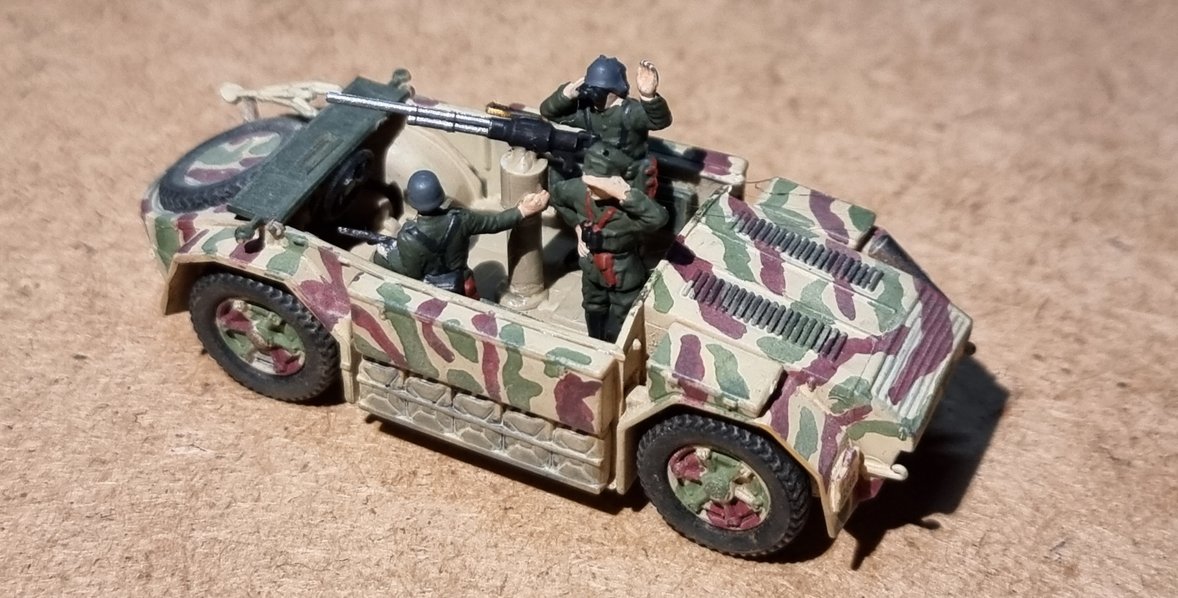