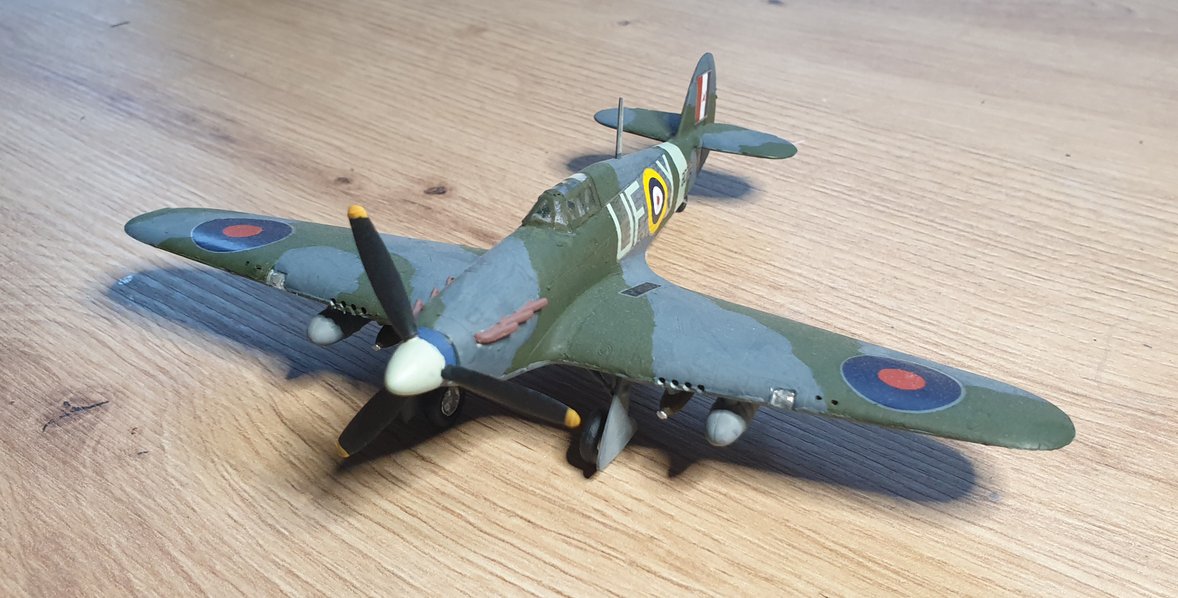 The Hawker Hurricane is a British single-seat fighter aircraft of the 1930s–40s which was designed and predominantly built by Hawker Aircraft Ltd. for service with the Royal Air Force (RAF). It was overshadowed in the public consciousness by the Supermarine Spitfire's role during the Battle of Britain in 1940, but the Hurricane inflicted 60 percent of the losses sustained by the Luftwaffe in the engagement, and fought in all the major theatres of the Second World War.

The Hurricane originated from discussions between RAF officials and aircraft designer Sir Sydney Camm about a proposed monoplane derivative of the Hawker Fury biplane in the early 1930s. Despite an institutional preference for biplanes and lack of interest from the Air Ministry, Hawker refined their monoplane proposal, incorporating several innovations which became critical to wartime fighter aircraft, including retractable landing gear and the more powerful Rolls-Royce Merlin engine. The Air Ministry ordered Hawker's Interceptor Monoplane in late 1934, and the prototype Hurricane K5083 performed its maiden flight on 6 November 1935.

The Hurricane went into production for the Air Ministry In June 1936 and entered squadron service in December 1937. Its manufacture and maintenance was eased by using conventional construction methods so that squadrons could perform many major repairs without external support. The Hurricane was rapidly procured prior to the outbreak of the Second World War in September 1939, when the RAF had 18 Hurricane-equipped squadrons in service. The aircraft was relied on to defend against German aircraft operated by the Luftwaffe, including dogfighting with Messerschmitt Bf 109s in multiple theatres of action.

The Hurricane was developed through several versions: bomber-interceptors, fighter-bombers, and ground support aircraft as well as fighters. Versions designed for the Royal Navy known as the Sea Hurricane had modifications enabling operation from ships. Some were converted as catapult-launched convoy escorts. By the end of production in July 1944, 14,487 Hurricanes had been completed in Britain and Canada, with others built in Belgium and Yugoslavia. 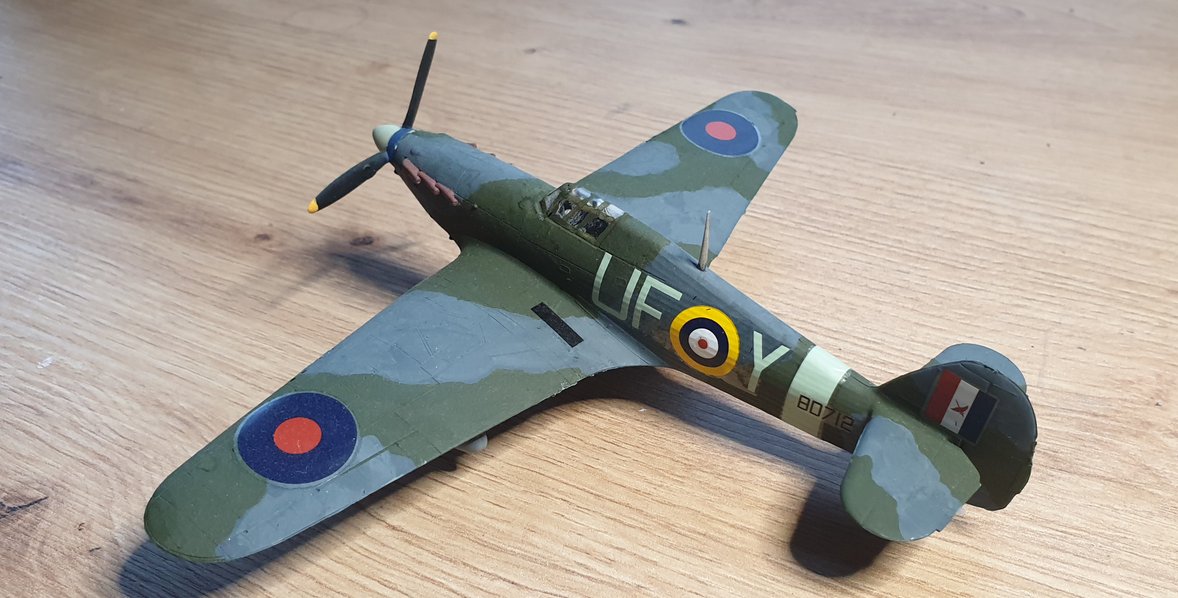 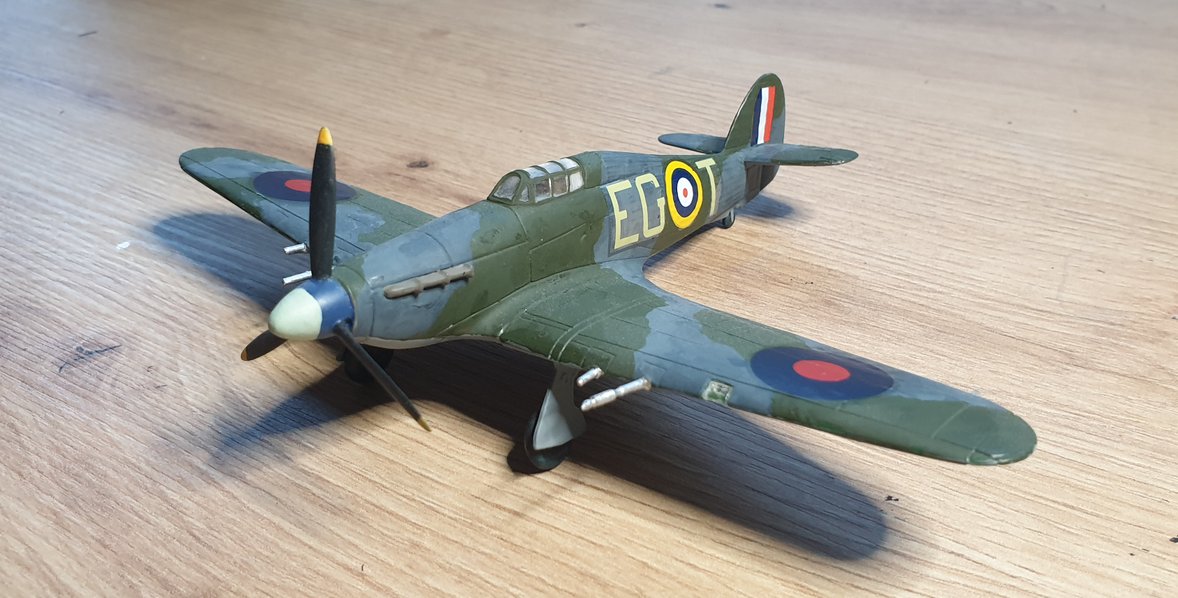 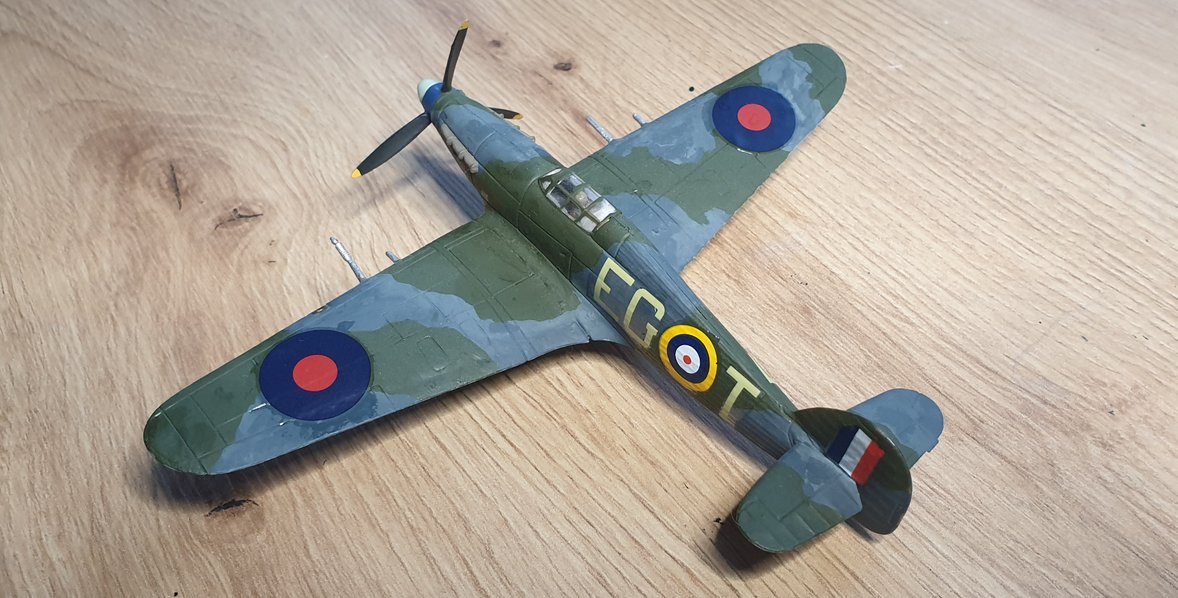 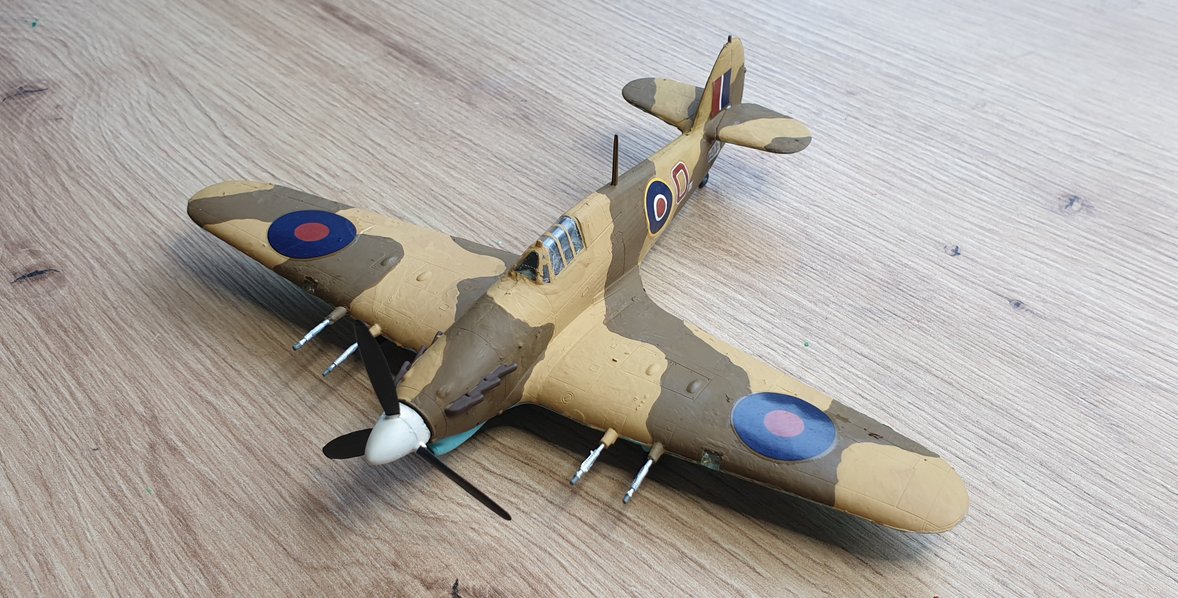 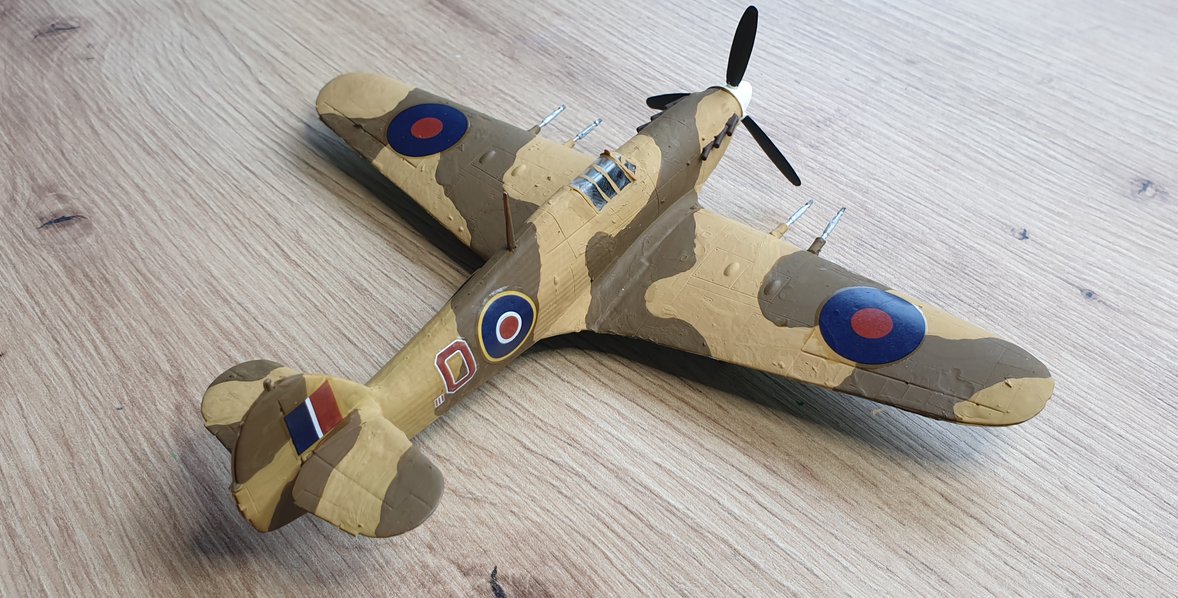