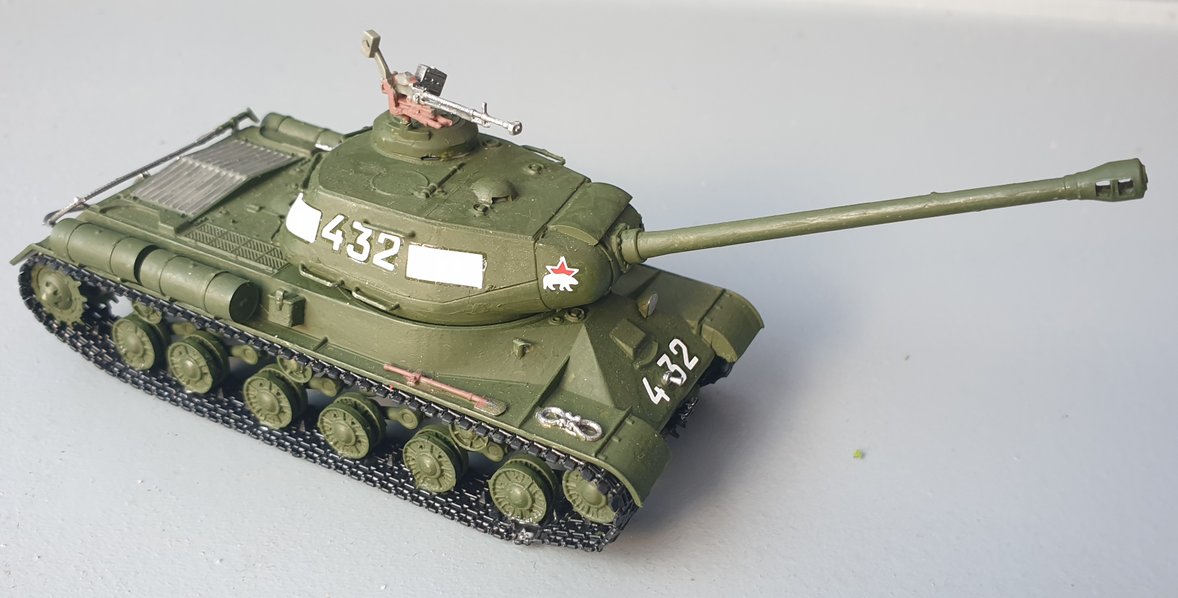 The IS Tank was a series of heavy tanks developed as a successor to the KV-series by the Soviet Union during World War II. The IS acronym is the anglicized initialism of Joseph Stalin (Ио́сиф Ста́лин, Iosif Stalin). The heavy tanks were designed with thick armor to counter German 88 mm guns and carried a main gun capable of defeating Panzer IV tanks. They were mainly designed as breakthrough tanks, firing a heavy high-explosive shell that was useful against entrenchments and bunkers. The IS-2 went into service in April 1944 and was used as a spearhead by the Red Army in the final stage of the Battle of Berlin. The IS-3 served on the Chinese-Soviet border, the Hungarian Revolution, the Prague Spring and on both sides of the Six-Day War. The series eventually culminated in the T-10 heavy tank.

The KV-85 heavy tank was a modification of the KV-1s heavy tank. The tank was a result of the USSR's tank design bureau being torn in two, one half focusing on the KV-85 and its variants, and the other working on the later IS series. The IS-85 was soon finished and it combined the hull of the KV-13, and the new turret from the KV-85, and the same D-5T gun as both tanks. In December 1943, the IS-85 was up gunned with the 100mm BS-3 gun, creating the IS-100, and the IS-122, armed with the A19 gun (later adopted and renamed as the D-25T). The IS-122 was found to be better in trials, and the IS-100 was dropped. The IS-122 was renamed to IS-2 and production started with the 1943 model using a KV-13 chassis. The 1944 model was produced with a revised front slope that was better from an armor point of view while still saving weight. The first few KV-85 tanks were produced in 1943 as a stopgap while the IS-1's development cycle was wrapped up. Production in bulk of the IS series started in February 1944 and ended nearing the end of World War II. By the end of World War II, 3,854 IS-2 model 1943 and model 1944's combined were produced. 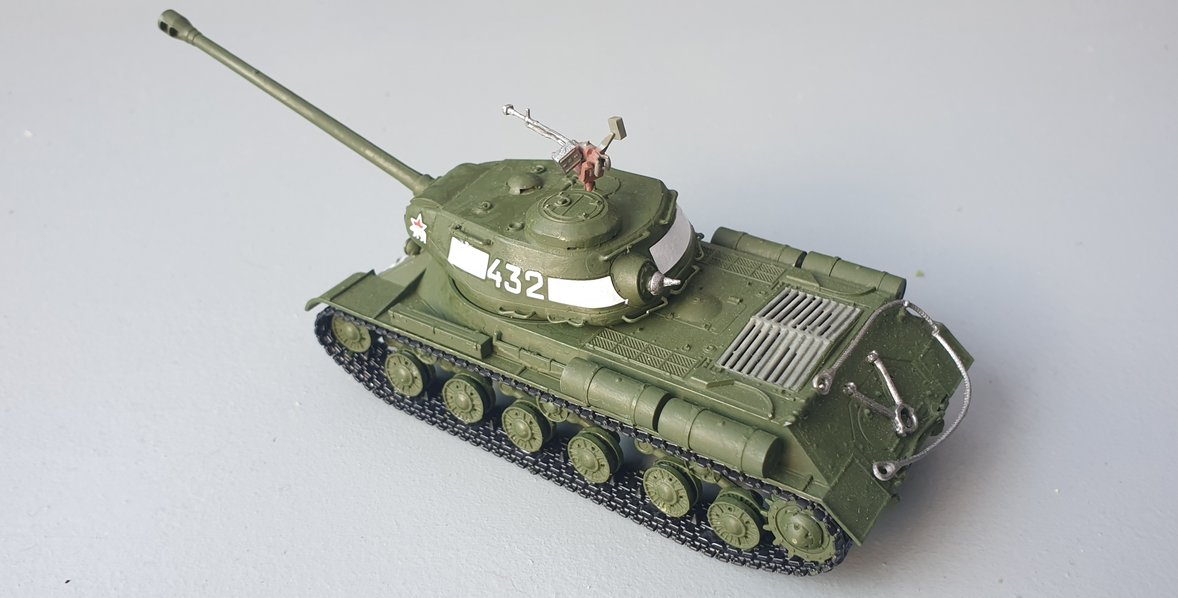