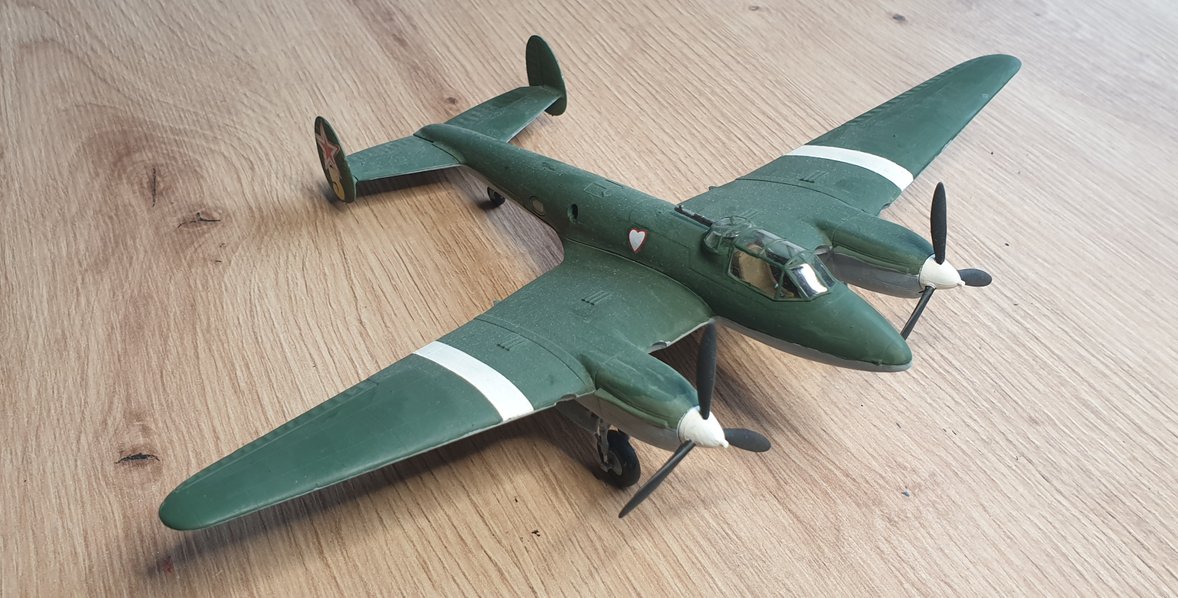 The Petlyakov Pe-2 (Russian: Петляков Пе-2) was a Soviet twin-engine dive bomber used during World War II. One of the outstanding tactical attack aircraft of the war, it also proved successful as a heavy fighter, as a night fighter (Pe-3 variant) and as a reconnaissance aircraft. In many respects it resembled the wooden British de Havilland Mosquito. The Pe-2 was, numerically, the most important Soviet bomber of World War II, at their peak comprising 75% of the Soviet twin-engine bomber force. The Soviets manufactured Pe-2s in greater numbers (11,430 built) during the war than any other twin-engine combat aircraft except for the German Junkers Ju 88 and the British Vickers Wellington. Several Communist air forces flew the type after the war, when it became known by the NATO reporting name Buck. 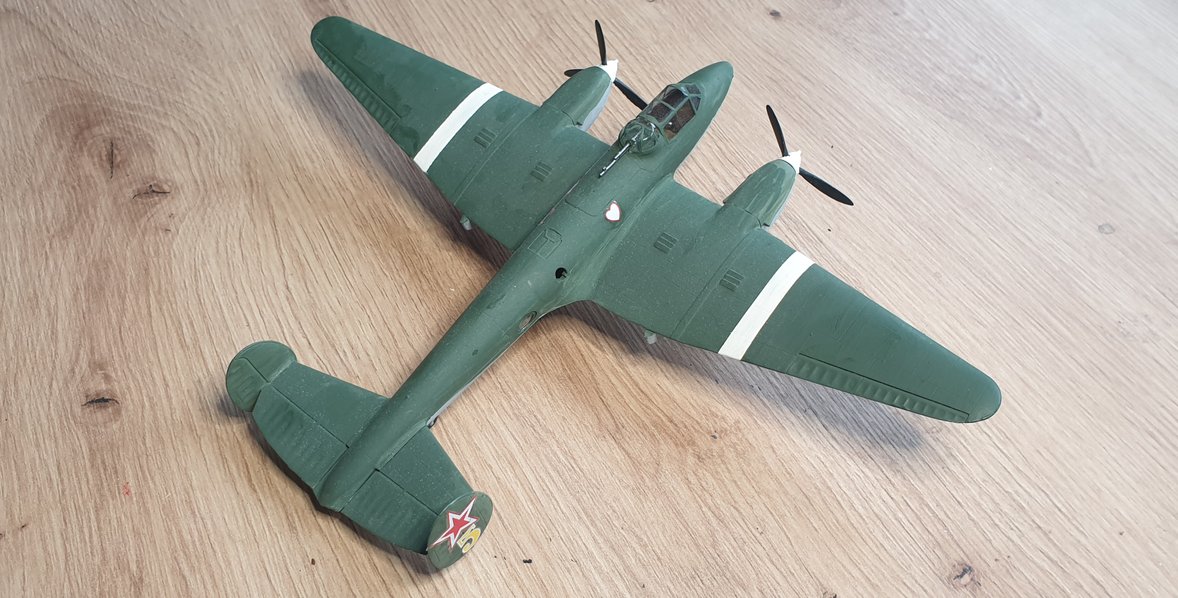 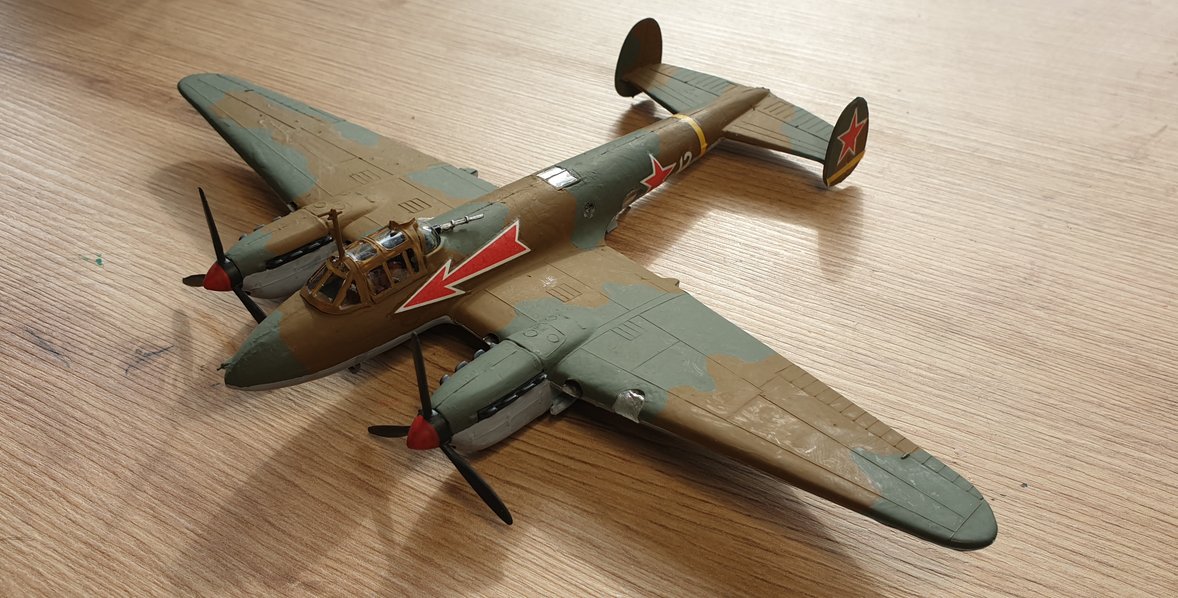 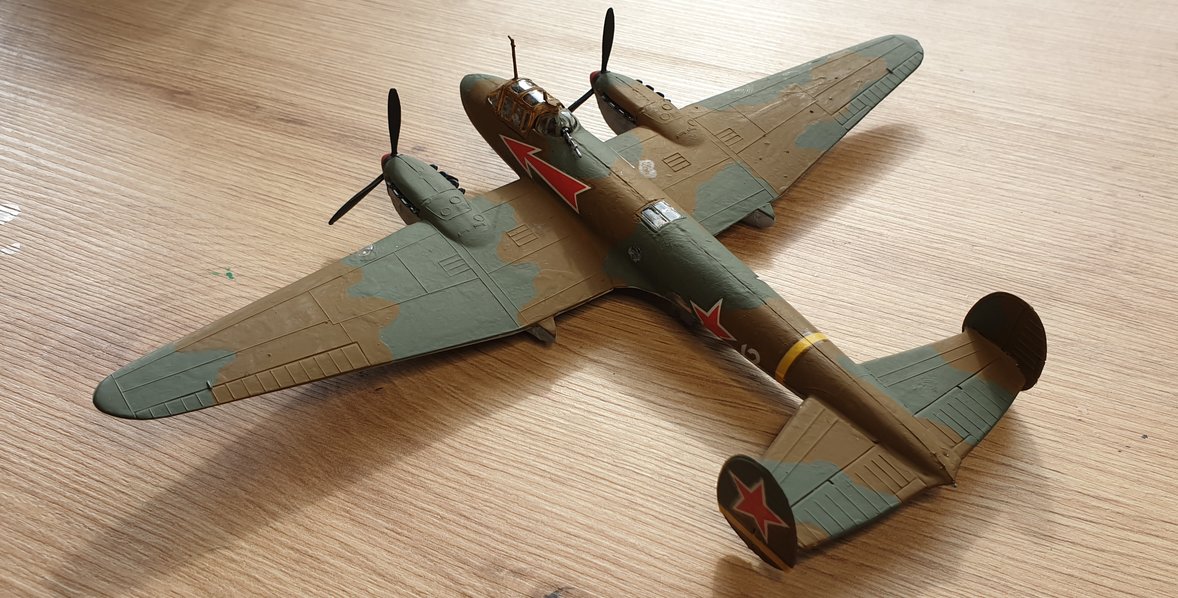