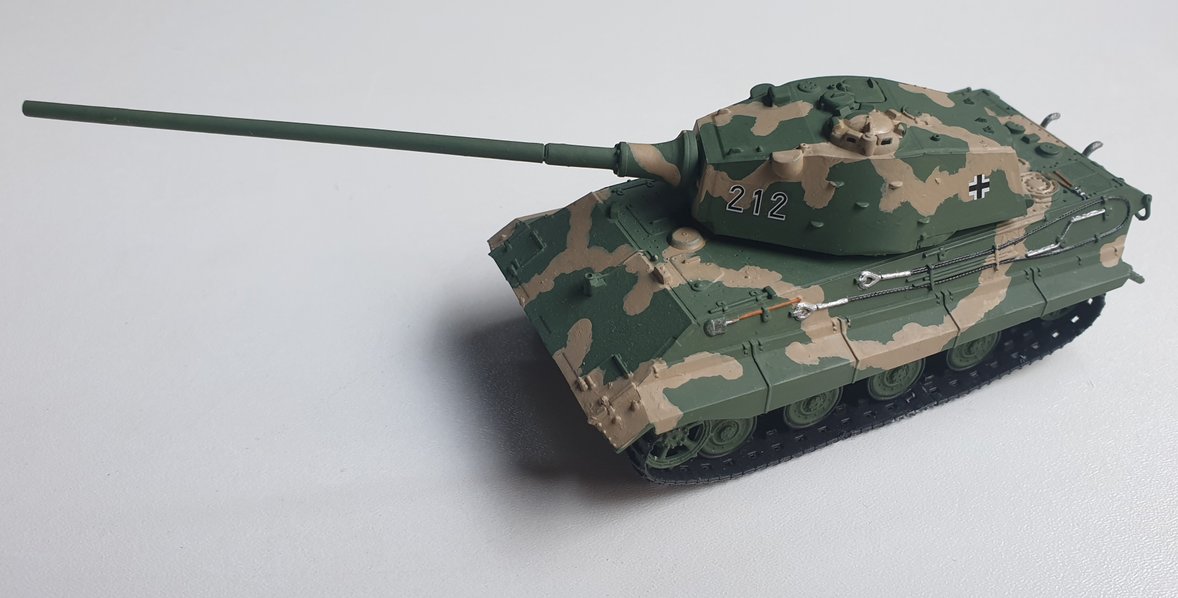 The E-75 Standardpanzer was intended to be the standard heavy tank to be used as a replacement of the Tiger II and Jagdtiger. The E-75 would have been built on the same production lines as the E-50 for ease of manufacture, and the two vehicles were to share many components, including the same Maybach HL 234 engine. The E-75 would have had much thicker armour however, and in fact compared to the Tiger II the E-75 had improved hull armour all round. As its name indicates, the resulting vehicle would have weighed in at over 75 tonnes, reducing its speed to around 40 km/h. To offset the increased weight, the bogies were spaced differently than on the E-50, with an extra pair added on each side, giving the E-75 a slightly improved track to ground contact length. According to some sources, the similarities between the E-50 and the E-75 went further; they were to be equipped with the same turret and 88 mm L/71 or L/100 gun, along with an optical rangefinder for increased long range accuracy (German scientists and engineers had successfully designed a 'schmal' or narrow turret and infra-red lighting and sights for use on the prototype [Panther F], as the war drew to a close).

Other sources however, indicate that the E-75 was to be fitted with the much larger Tiger II turret, which could be adapted to accommodate an even more powerful high velocity 10.5 cm gun. 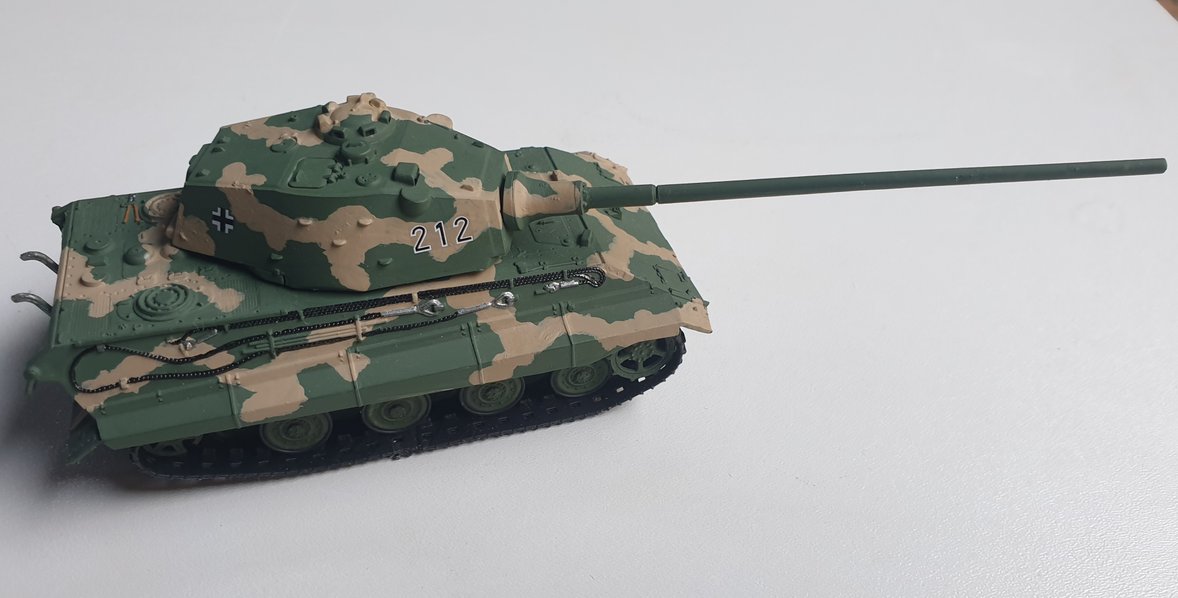