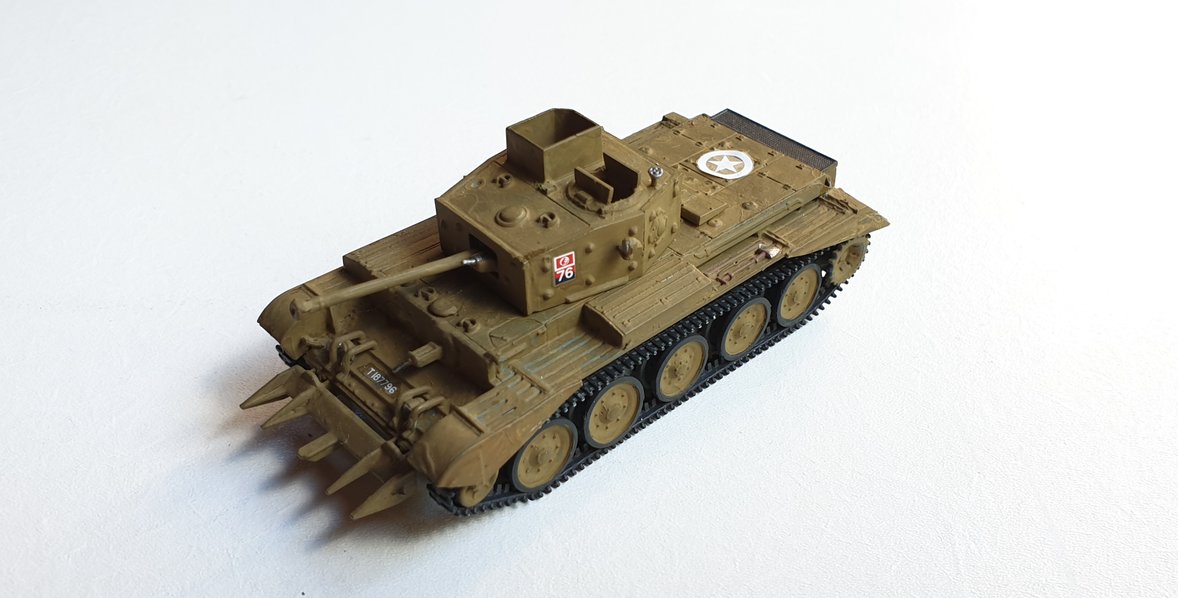 The Cromwell tank, officially Tank, Cruiser, Mk VIII, Cromwell (A27M), was one of the series of cruiser tanks fielded by Britain in the Second World War. Named after the English Civil War-era military leader Oliver Cromwell, the Cromwell was the first tank put into service by the British to combine high speed from a powerful and reliable engine (the Rolls-Royce Meteor), and reasonable armour. The intended dual-purpose high velocity gun could not be fitted in the turret and a medium velocity dual purpose gun was fitted instead. Further development of the Cromwell combined with a high velocity gun led to the Comet tank.

The name "Cromwell" was initially applied to three vehicles during development. Early Cromwell development led to the creation of the A24 Cavalier. Later Cromwell development led to the creation of the competing Tank, Cruiser, Mk VIII, Centaur (A27L) design. The Centaur tank was closely related to the Cromwell, both vehicles being externally similar. The Cromwell and Centaur tanks differed in the engine used; the Centaur had the 410 hp Liberty engine, the Cromwell had the significantly more powerful 600 hp Meteor; Centaur hulls were converted to Cromwells by changing the engine. 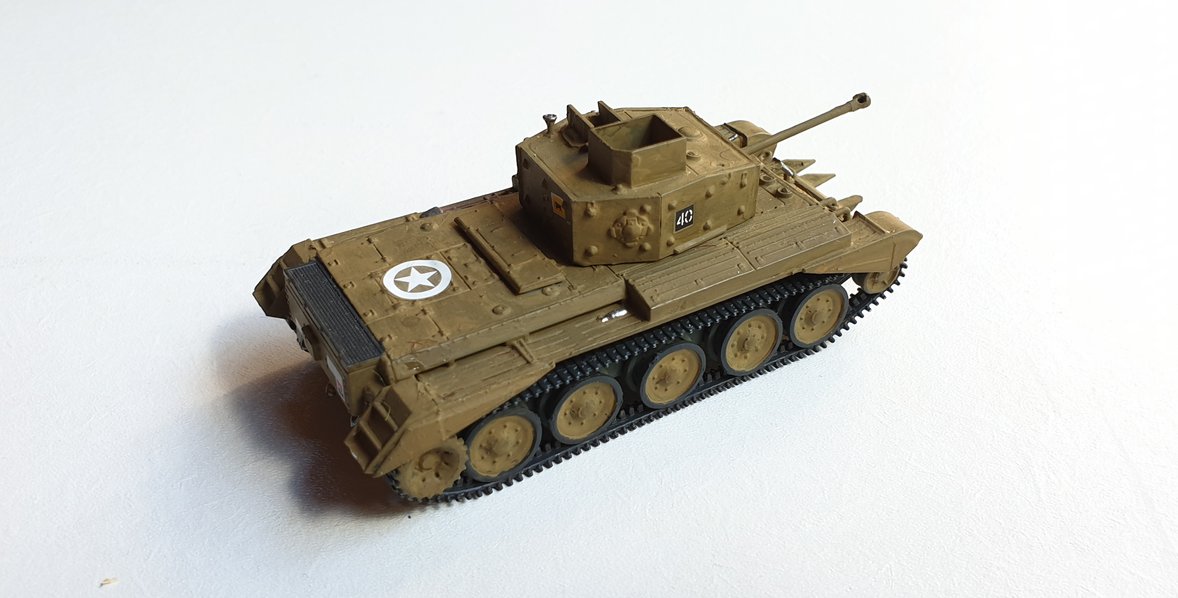