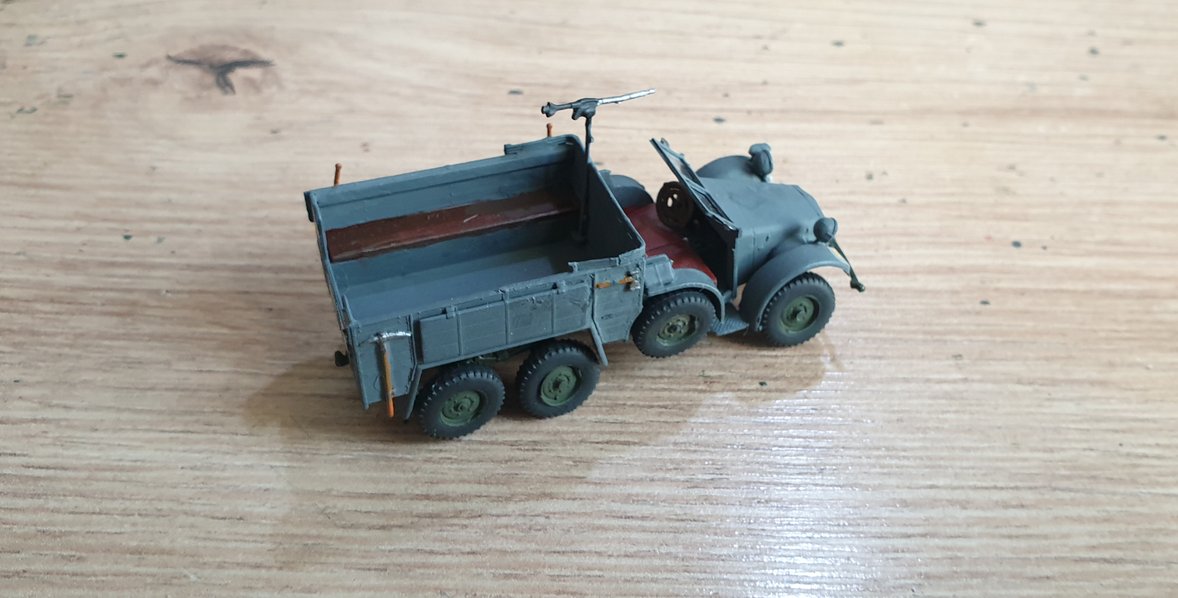 This vehicle was extensively used on the Eastern Front, during the North African campaign and in France and Sicily. The "Krupp-Protze" was of relatively advanced design. Its fuel consumption was relatively high (24 Litres / 100 km on road) in comparison to the comparable Opel Blitz 1.5 t truck (16.5 liters / 100 km, produced 1938 - 1942).

Total production was about 7,000 units.

Standard configuration for personnel carrying. carried 2 in front with 10 seated in the rear on benches. 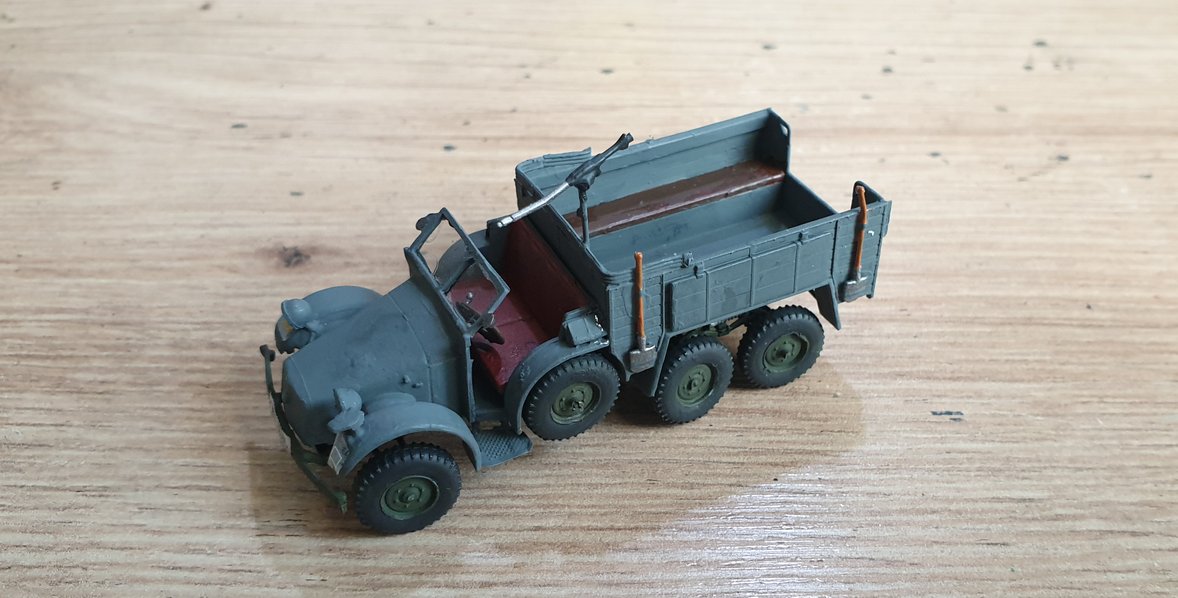