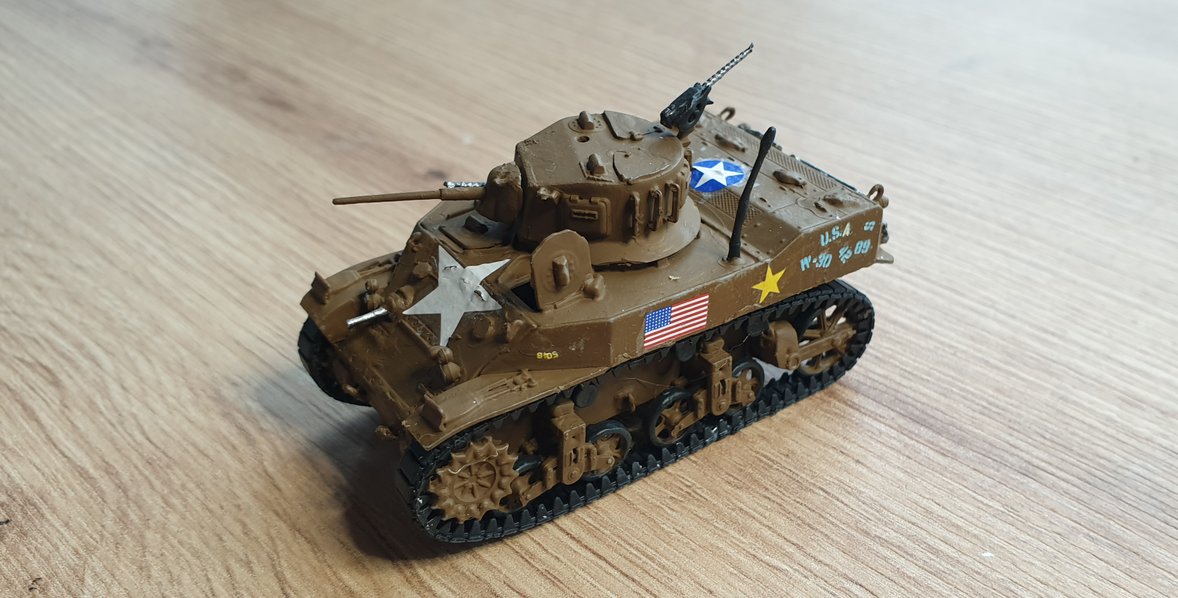 The M3 Stuart, officially Light Tank, M3, was an American light tank of World War II. An improved version entered service as M5. It was supplied to British and other Commonwealth forces under lend-lease prior to the entry of the U.S. into the war. Thereafter, it was used by U.S. and Allied forces until the end of the war.

The British service name "Stuart" came from the American Civil War Confederate general J. E. B. Stuart and was used for both the M3 and the derivative M5 Light Tank. In U.S. use, the tanks were officially known as "Light Tank M3" and "Light Tank M5".

Stuarts were first used in combat in the North African campaign; about 170 were used by the British forces in Operation Crusader (18 November – 30 December 1941). Stuarts were the first American-crewed tanks in World War II to engage the enemy in tank versus tank combat when used in the Philippines in December 1941 against the Japanese. Outside of the Pacific War, in later years of WWII the M3 was used for reconnaissance and screening.

The M3 and M3A1 variants were powered by an air-cooled radial engine, either a gasoline-fueled 7-cylinder Continental W-670 (8,936 built) or a 9-cylinder Guiberson T-1020 diesel (1,496 built). Both of these powerplants were originally developed as aircraft engines. Internally, the radial engine was at the rear and the transmission at the front of the tank's hull. The propeller shaft connecting the engine and transmission ran through the middle of the fighting compartment. The radial engine's crankshaft was positioned high off the hull bottom and contributed to the tank's relatively tall profile. When a revolving turret floor was introduced in the M3 hybrid and M3A1, the crew had less room. A further 3,427 M3A3 variants were built with modified hull (similar to the M5), new turret and the Continental W-670 gasoline engine. In contrast to the M2A4, all M3/M5 series tanks had a trailing rear idler wheel for increased ground contact, whereas on the M2 the idler wheel was off the ground and did not aid in suspension.

To relieve wartime demand for the radial aero-engines used in the M3, a new version was developed using twin Cadillac V8 automobile engines and twin Hydra-Matic transmissions operating through a transfer case. This version of the tank was quieter, cooler and roomier; the automatic transmission also simplified crew training. The new model (initially called M4 but redesignated M5 to avoid confusion with the M4 Sherman[9]) featured a redesigned hull with a raised rear deck over the engine compartment, sloped glacis plate and driver's hatches moved to the top. Although the main criticism from units using the Stuarts was that it lacked firepower, the improved M5 series kept the same 37 mm gun. The M5 gradually replaced the M3 in production from 1942 and, after the M7 project proved unsatisfactory, was succeeded by the Light Tank M24 in 1944. Total M5 and M5A1 tank production was 8,884; an additional 1,778 M8 75 mm howitzer motor carriages based on the M5 chassis with an open-top turret were produced. 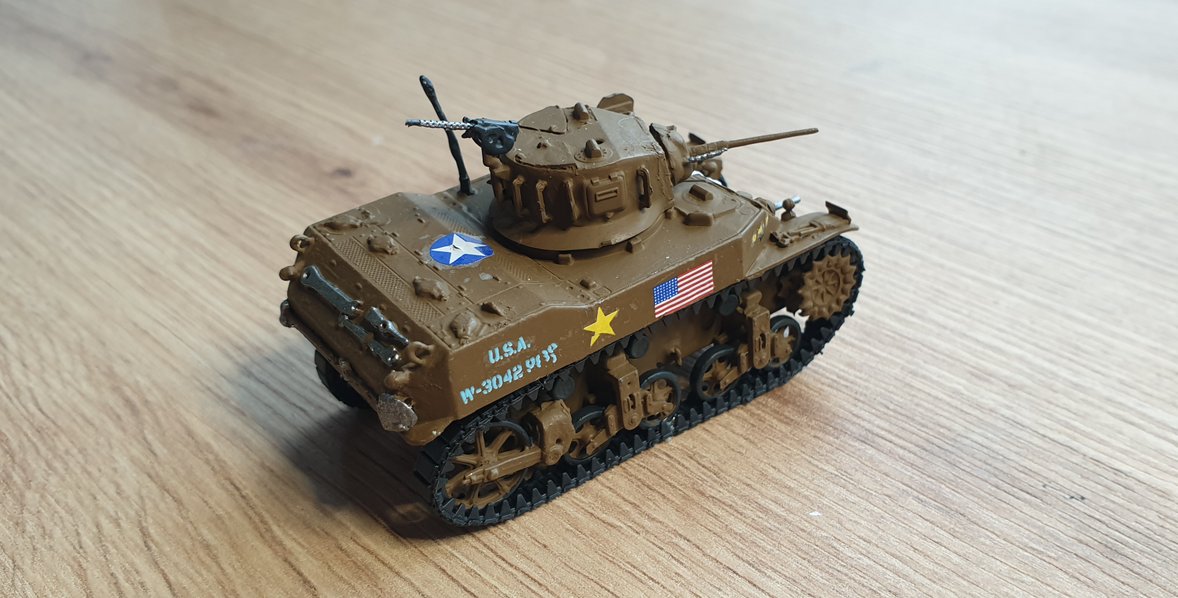