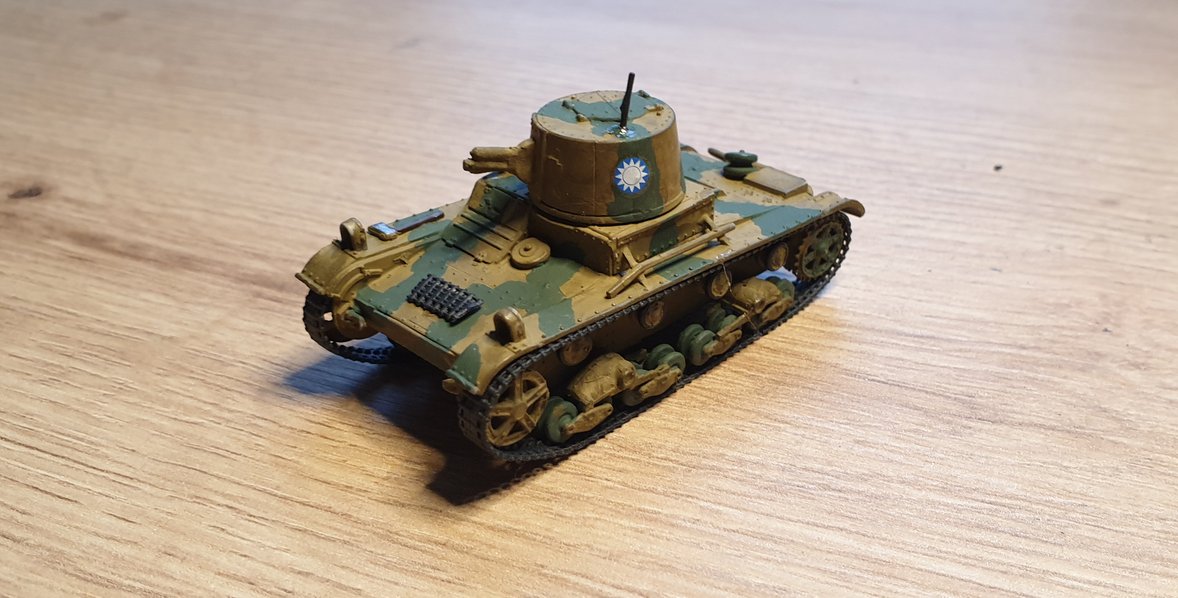 The Vickers 6-Ton Tank or Vickers Mark E was a British light tank designed as a private project at Vickers. It was not purchased by the British Army, but was picked up by many foreign armed forces. It was licensed by the Soviet Union as the T-26. It was also the direct predecessor of the Polish 7TP tank.

Type B with a single two-man turret mounting a single machine gun and a short-barreled 47 mm OQF 3-pdr Gun.

Used 20 single-turret tanks Vickers Mk.E Type B. They were used in combat against the Japanese in Shanghai in 1937. 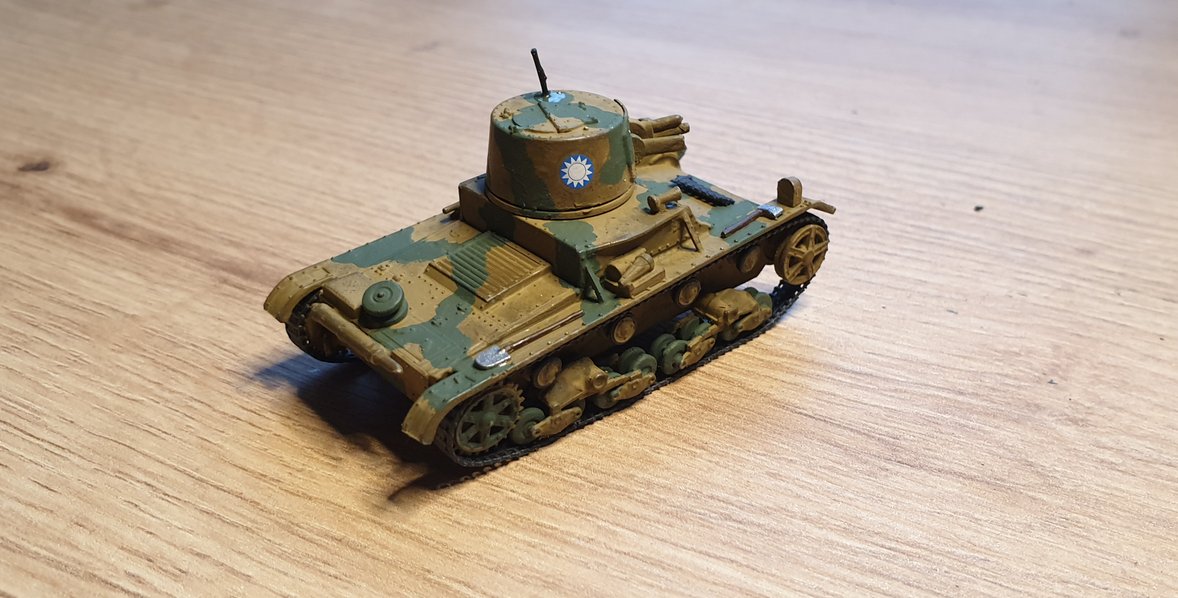