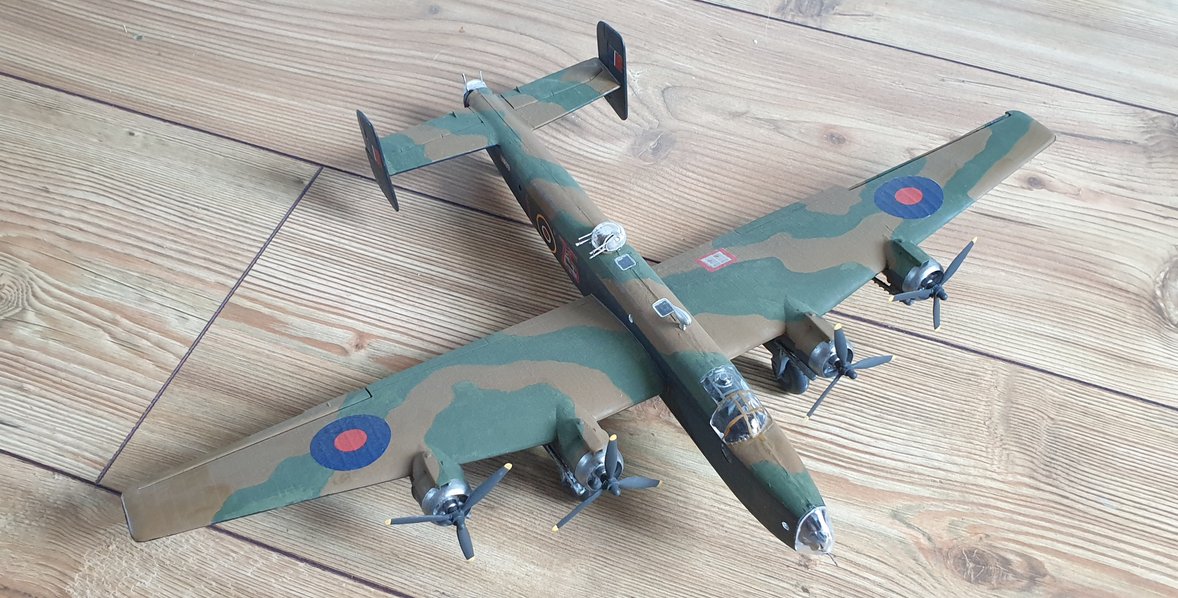 The Handley Page Halifax is a British Royal Air Force (RAF) four-engined heavy bomber of the Second World War. It was developed by Handley Page to the same specification as the contemporary twin-engine Avro Manchester.

The Halifax has its origins in the twin-engine HP56 proposal of the late 1930s, produced in response to the British Air Ministry's Specification P.13/36 for a capable medium bomber for "world-wide use." The HP56 was ordered as a backup to the Avro 679, both aircraft being designed to use the underperforming Rolls-Royce Vulture engine. The Handley Page design was altered at the Ministry to a four-engine arrangement powered by the Rolls-Royce Merlin engine; the rival Avro 679 was produced as the twin-engine Avro Manchester which, while regarded as unsuccessful mainly due to the Vulture engine, was a direct predecessor of the famed Avro Lancaster. Both the Lancaster and the Halifax would emerge as capable four-engined strategic bombers, thousands of which would be built and operated by the RAF and several other services during the War.

On 25 October 1939, the Halifax performed its maiden flight, and it entered service with the RAF on 13 November 1940. It quickly became a major component of Bomber Command, performing routine strategic bombing missions against the Axis Powers, many of them at night. Arthur Harris, the Air Officer Commanding-in-Chief of Bomber Command, described the Halifax as inferior to the rival Lancaster (in part due to its smaller payload) though this opinion was not shared by many of the crews that flew it, particularly for the MkIII variant. Nevertheless, production of the Halifax continued until April 1945. During their service with Bomber Command, Halifaxes flew a total of 82,773 operations and dropped 224,207 tons of bombs, while 1,833 aircraft were lost. The Halifax was also flown in large numbers by other Allied and Commonwealth nations, such as the Royal Canadian Air Force (RCAF), Royal Australian Air Force (RAAF), Free French Air Force and Polish forces.

Various improved versions of the Halifax were introduced, incorporating more powerful engines, a revised defensive turret layout and increased payload. It remained in service with Bomber Command until the end of the war, performing a variety of duties in addition to bombing. Additionally, specialised versions of the Halifax were developed for troop transport and paradrop operations. Following the end of the Second World War, the RAF quickly phased the Halifax out of service, after the type was succeeded in the strategic bombing role by the Avro Lincoln, an advanced derivative of the Lancaster. During the post-war years, the Halifax was operated by the Royal Egyptian Air Force, the French Air Force and the Royal Pakistan Air Force. The type also entered commercial service for a number of years, used mainly as a freighter. A dedicated civil transport variant, the Handley Page Halton, was also developed and entered airline service. 41 civil Halifax freighters were used during the Berlin Airlift. In 1961, the last remaining Halifax bombers were retired from operational use. 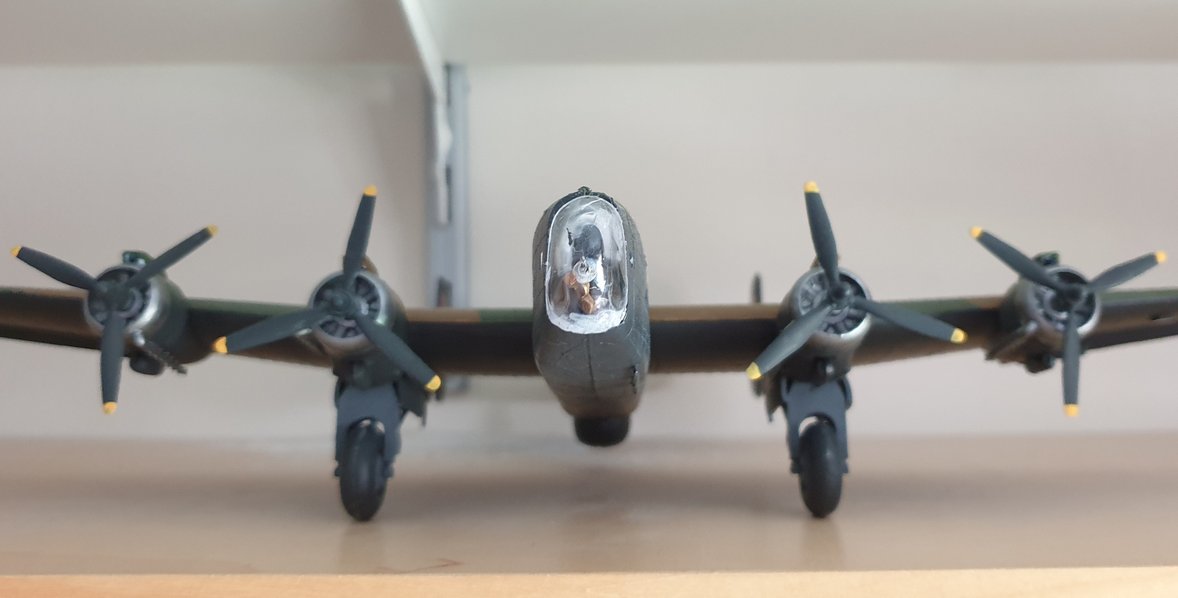