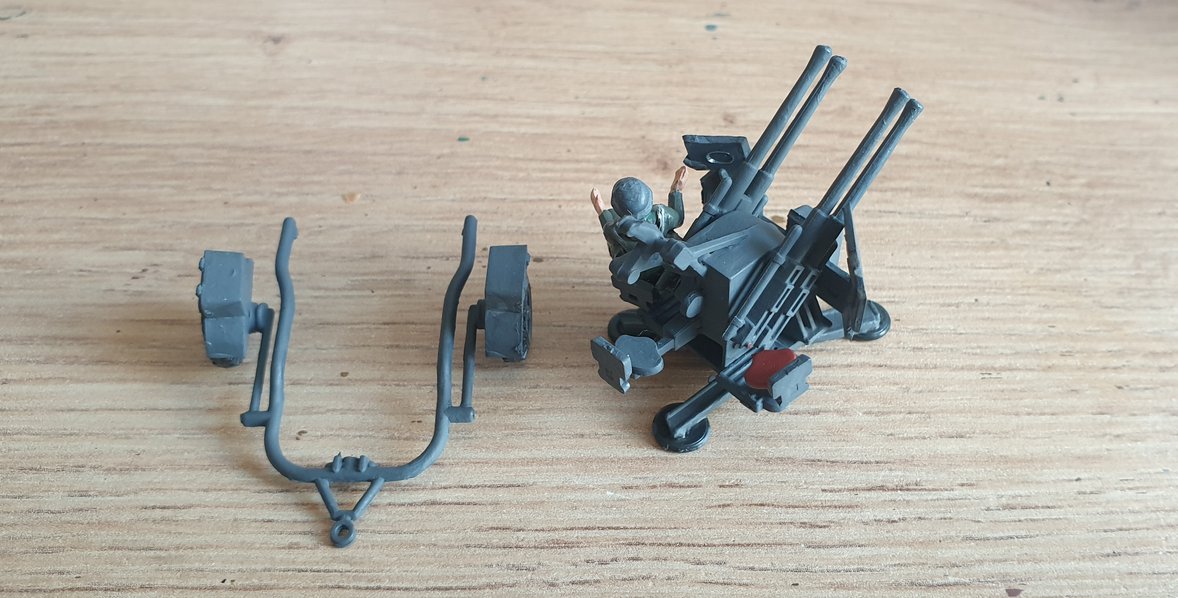 Even as the Flak 30 was entering service, the Luftwaffe and Heer (army) branches of the Wehrmacht had doubts about its effectiveness, given the ever-increasing speeds of low-altitude fighter-bombers and attack aircraft. The Army in particular felt the proper solution was the introduction of the 37 mm calibre weapons they had been developing since the 1920s, which had a rate of fire about the same as the Flak 38 but fired a round with almost eight times the weight. This not only made the rounds deadlier on impact, but their higher energy and ballistic coefficient allowed them to travel much longer distances, allowing the gun to engage targets at longer ranges. This meant it could keep enemy aircraft under fire over longer time spans.

The 20 mm weapons had always had weak development perspectives, often being reconfigured or redesigned just enough to allow the weapons to find a use. Indeed, it came as a surprise when Rheinmetall introduced the 2 cm Flakvierling 38, which improved the weapon just enough to make it competitive again. The term Vierling literally translates to "quadruplet" and refers to the four 20 mm autocannon constituting the design.

The Flakvierling weapon consisted of quad-mounted 2 cm Flak 38 AA guns with collapsing seats, folding handles, and ammunition racks. The mount had a triangular base with a jack at each leg for levelling the gun. The tracker traversed and elevated the mount manually using two handwheels. When raised, the weapon measured 307 cm (10 feet 1 inch) high.

Each of the four guns had a separate magazine that held only 20 rounds. This meant that a maximum combined rate of fire of 1,400 rounds per minute was reduced practically to 800 rounds per minute for combat use – which would still require that an emptied magazine be replaced every six seconds, on each of the four guns. This is the attainable rate of fire; the sustained rate of fire is significantly lower due to heat buildup and barrel erosion. Automatic weapons are typically limited to roughly 100 rounds per minute per barrel to give time for the heat to dissipate, although this can be exceeded for short periods if the firing window is brief. 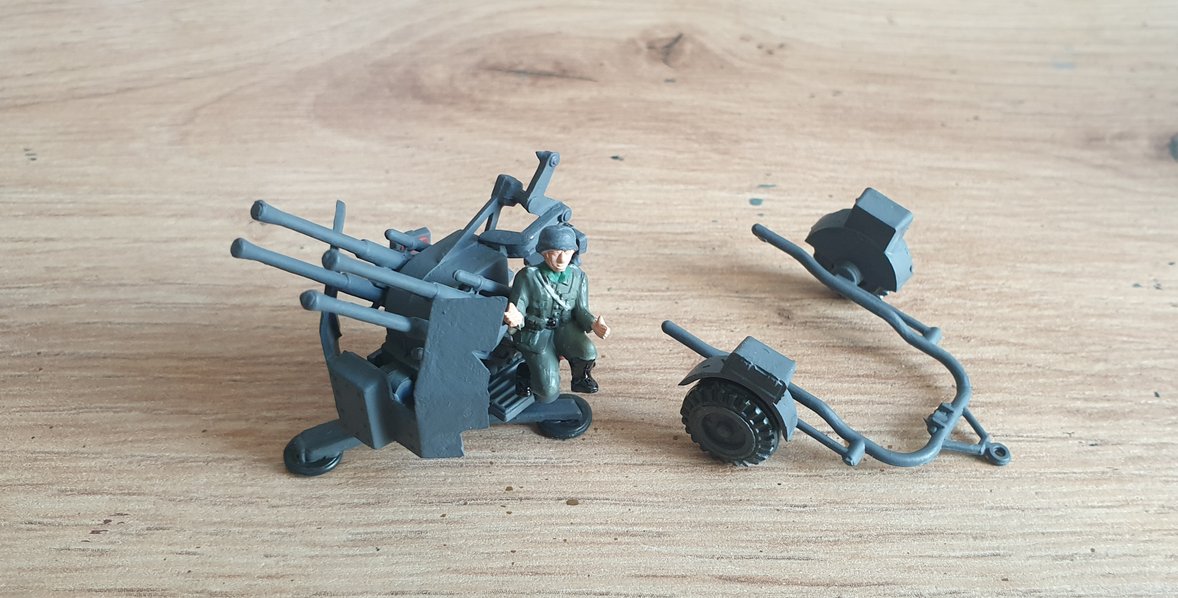