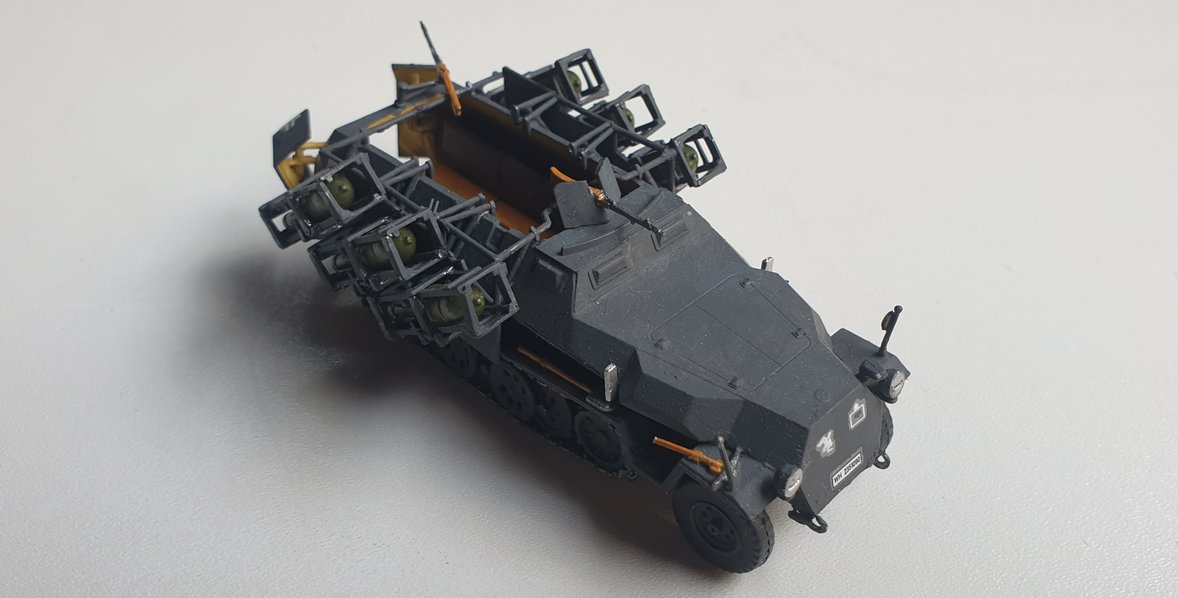 The Sd.Kfz. 251 (Sonderkraftfahrzeug 251) half-track was a World War II German armored personnel carrier designed by the Hanomag company, based on its earlier, unarmored Sd.Kfz. 11 vehicle. The Sd.Kfz. 251 was designed to transport the Panzergrenadier (German mechanized infantry) into battle. Sd.Kfz. 251s were the most widely produced German half-tracks of the war, with at least 15,252 vehicles and variants produced by seven manufacturers. Some sources state that the Sd.Kfz. 251 was commonly referred to simply as "Hanomags" by both German and Allied soldiers after the manufacturer of the vehicle; this has been questioned, and may have been only a postwar label. German officers referred to them as SPW (Schützenpanzerwagen, or armored infantry vehicle) in their daily orders and memoirs.

The Wurfrahmen 40 ("launch frame 40") was a German World War II multiple rocket launcher. It combined a vehicle such as the Sd.Kfz. 251 halftrack or captured French Renault UE Chenillette with rocket artillery to form a more mobile and protected artillery piece than the towed Nebelwerfer. It was nicknamed Stuka zu Fuss ("Stuka on Foot" or "Walking Stuka") and Heulende Kuh ("Bellowing Cow"). 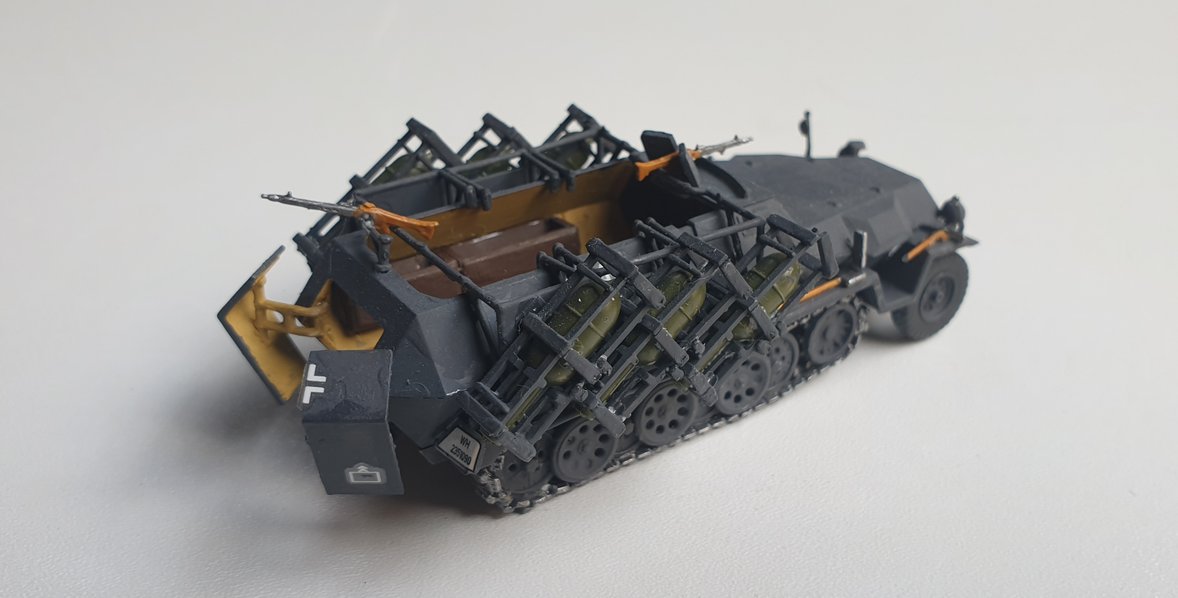