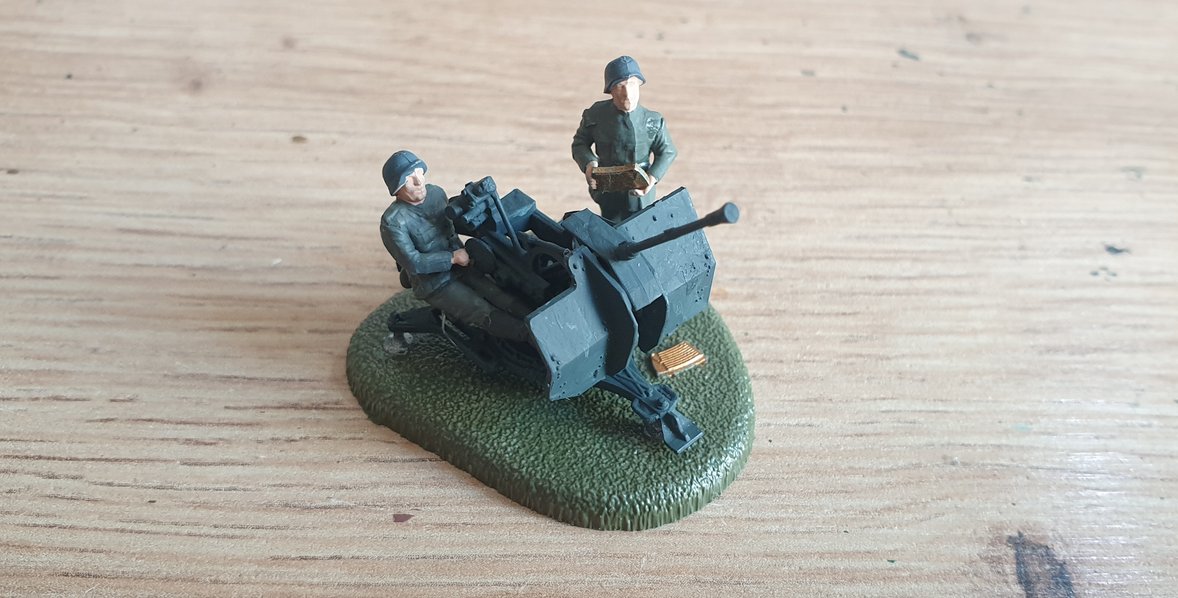 The Flak 30 (Flugzeugabwehrkanone 30) and improved Flak 38 were 20 mm anti-aircraft guns used by various German forces throughout World War II. It was not only the primary German light anti-aircraft gun but by far the most numerously produced German artillery piece throughout the war. It was produced in a variety of models, notably the Flakvierling 38 which combined four Flak 38 autocannons onto a single carriage.

The C/30, featuring a barrel length of 65 calibres, had a fire rate of about 120 rounds per minute. Disappointingly, it proved to have feeding problems and would often jam, which was offset to some degree by its undersized 20 round-magazine which tended to make reloading a frequent necessity. Nevertheless, the C/30 became the primary shipborne light AA weapon and equipped a large variety of German ships. The MG C/30L variant was also used experimentally as an aircraft weapon, notably on the Heinkel He 112, where its high power allowed it to penetrate armoured cars and the light tanks of the era during the Spanish Civil War.

Rheinmetall then started an adaptation of the C/30 for Army use, producing the 2 cm Flak 30. Generally similar to the C/30, the main areas of development were the mount, which was fairly compact. Set-up could be accomplished by dropping the gun off its two-wheeled trailer, "Sonderanhangar 51" (trailer 51) and levelling the gun using hand cranks. The result was a triangular base that permitted fire in all directions.

Set-up could be accomplished by dropping the gun off its two-wheeled trailer, "Sonderanhangar 51" (trailer 51) and levelling the gun using hand cranks. The result was a triangular base that permitted fire in all directions. But the main problem with the design remained unsolved. The rate of fire of 120 RPM (rounds per minute) was not particularly fast for a weapon of this calibre. Rheinmetall[N 1] responded with the 2 cm Flak 38, which was otherwise similar but increased the rate of fire to 220 RPM and slightly lowered overall weight to 420 kg. The Flak 38 was accepted as the standard Army gun in 1939, and by the Kriegsmarine as the C/38. 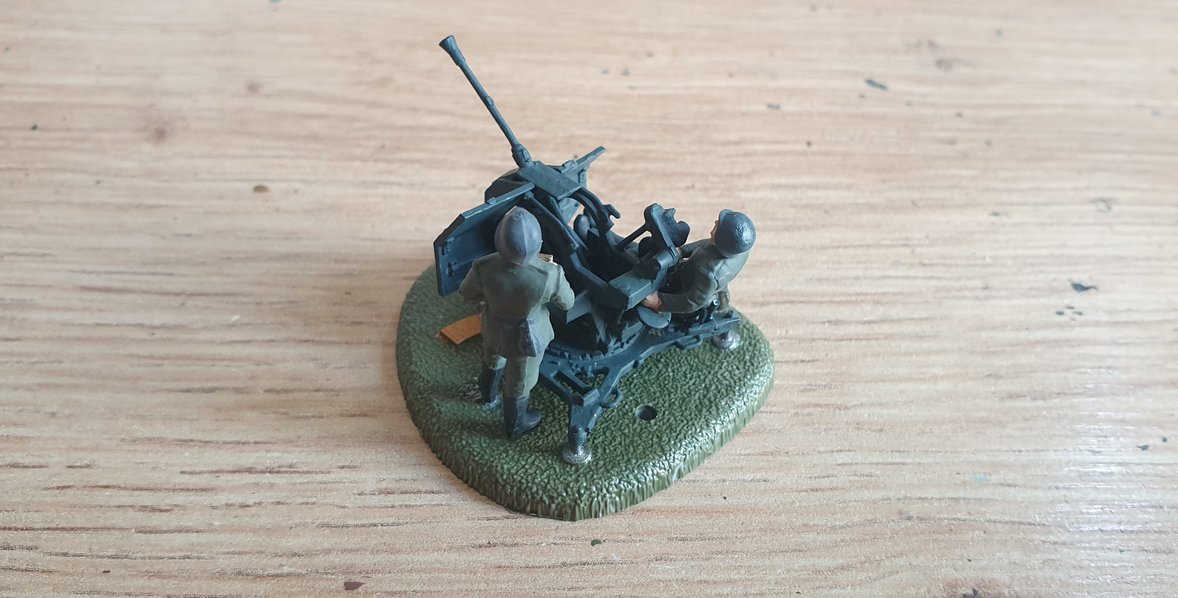 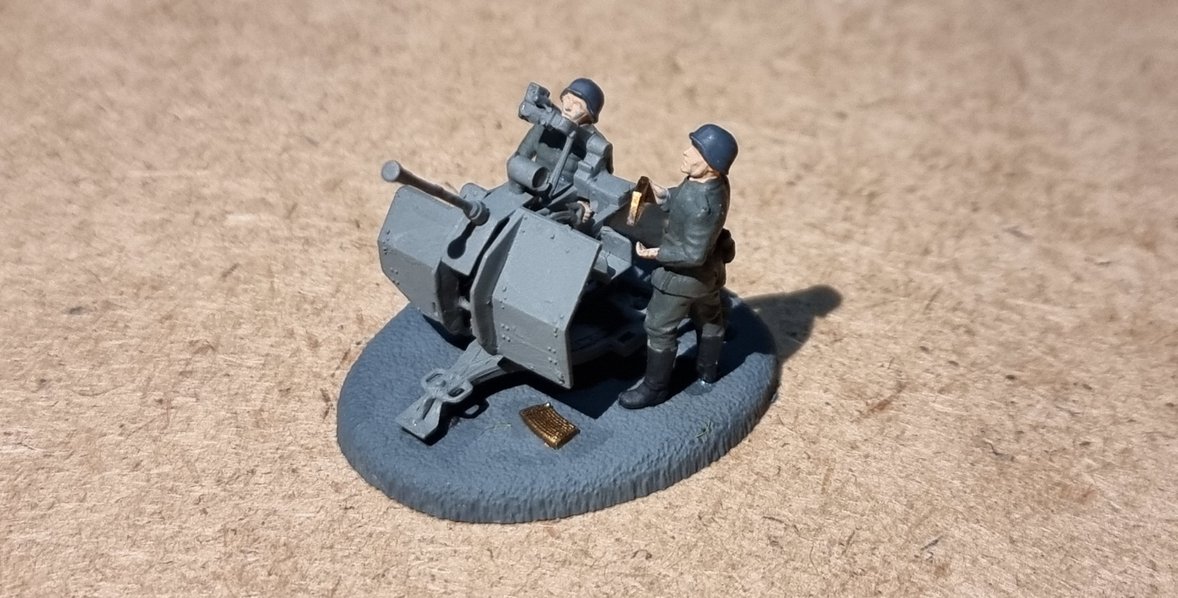 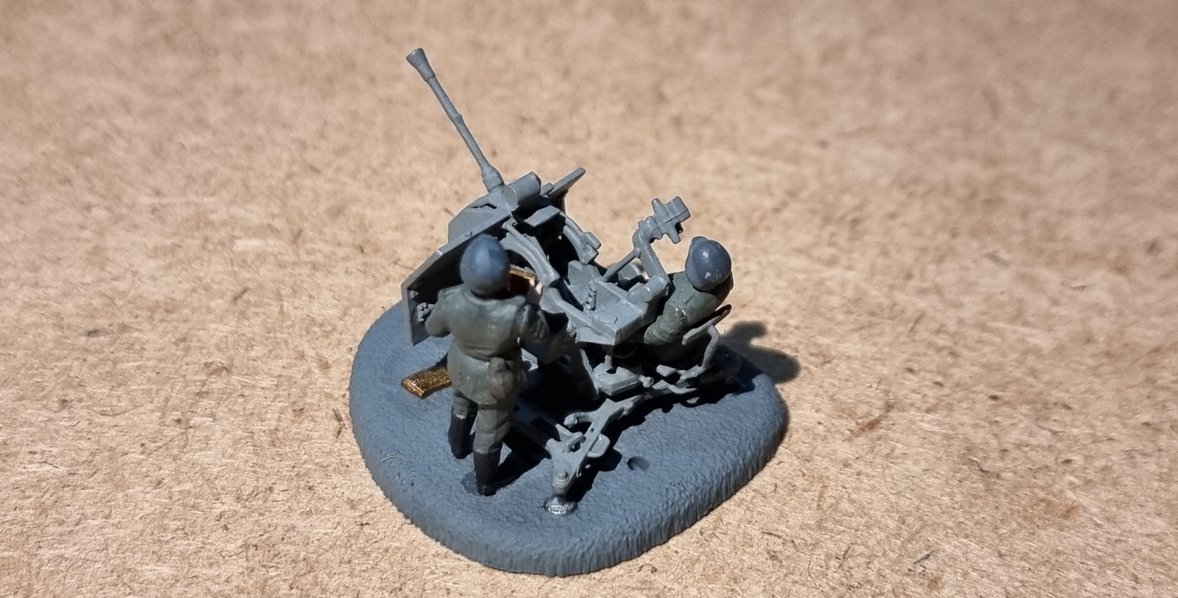