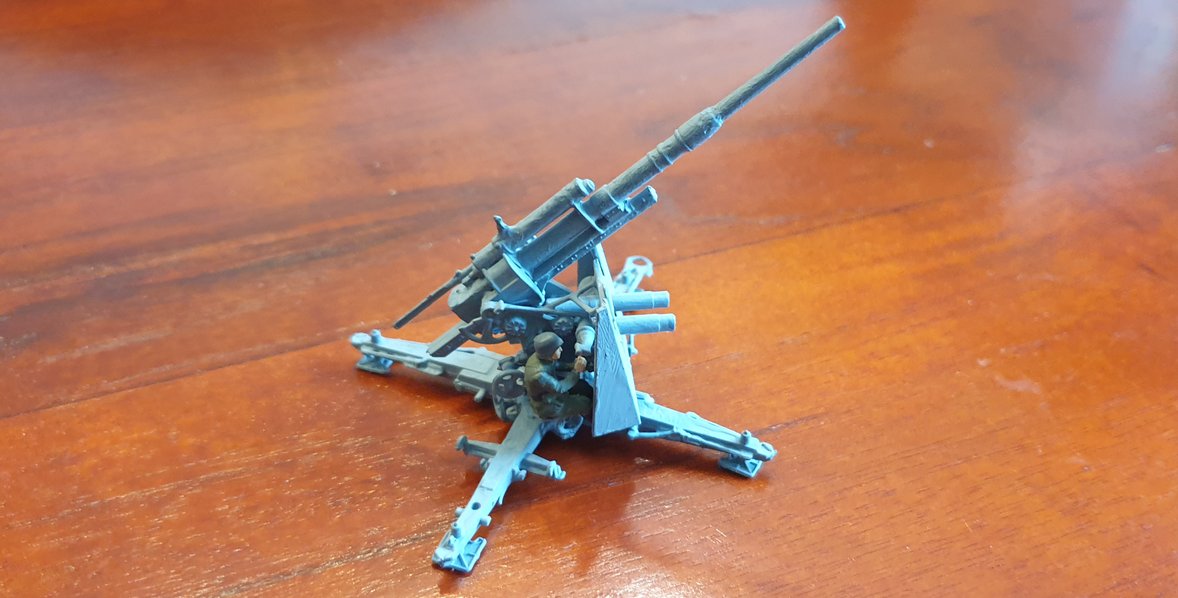 The 8.8 cm Flak 18/36/37/41 is a German 88 mm anti-aircraft and anti-tank artillery gun, developed in the 1930s. It was widely used by Germany throughout World War II and is one of the most recognized German weapons of that conflict. Development of the original model led to a wide variety of guns.

The name applies to a series of related guns, the first one officially called the 8.8 cm Flak 18, the improved 8.8 cm Flak 36, and later the 8.8 cm Flak 37. Flak is a contraction of German Flugabwehrkanone (also referred to as Fliegerabwehrkanone) meaning "aircraft-defense cannon", the original purpose of the weapon. In English, "flak" became a generic term for ground anti-aircraft fire. In informal use, the guns were universally known as the Acht-acht ("eight-eight") by Germans and the "eighty-eight" by the Allies.

Air defense units were usually deployed with either a Kommandogerät ("command device") fire control computer or a portable Würzburg radar, which were responsible for its high level of accuracy against aircraft.

The versatile carriage allowed the 8.8 cm Flak to be fired in a limited anti-tank mode when still on its wheels; it could be completely emplaced in only two and a half minutes. Its successful use as an improvised anti-tank gun led to the development of a tank gun based upon it: the 8.8 cm KwK 36, with the "KwK" abbreviation standing for Kampfwagen-Kanone (literally "battle vehicle cannon", or "fighting vehicle cannon"), meant to be placed in a gun turret as the tank's primary armament. This gun served as the main armament of the Tiger I heavy tank.

In addition to these Krupp designs, Rheinmetall later created a more powerful anti-aircraft gun, the 8.8 cm Flak 41, which was produced in relatively small numbers. Krupp responded with another prototype of the long-barreled 8.8 cm gun, which was further developed into the anti-tank and tank destroyer 8.8 cm PaK 43 gun used for the Elefant and Jagdpanther, and turret-mounted 8.8 cm KwK 43 heavy tank gun of the Tiger II. 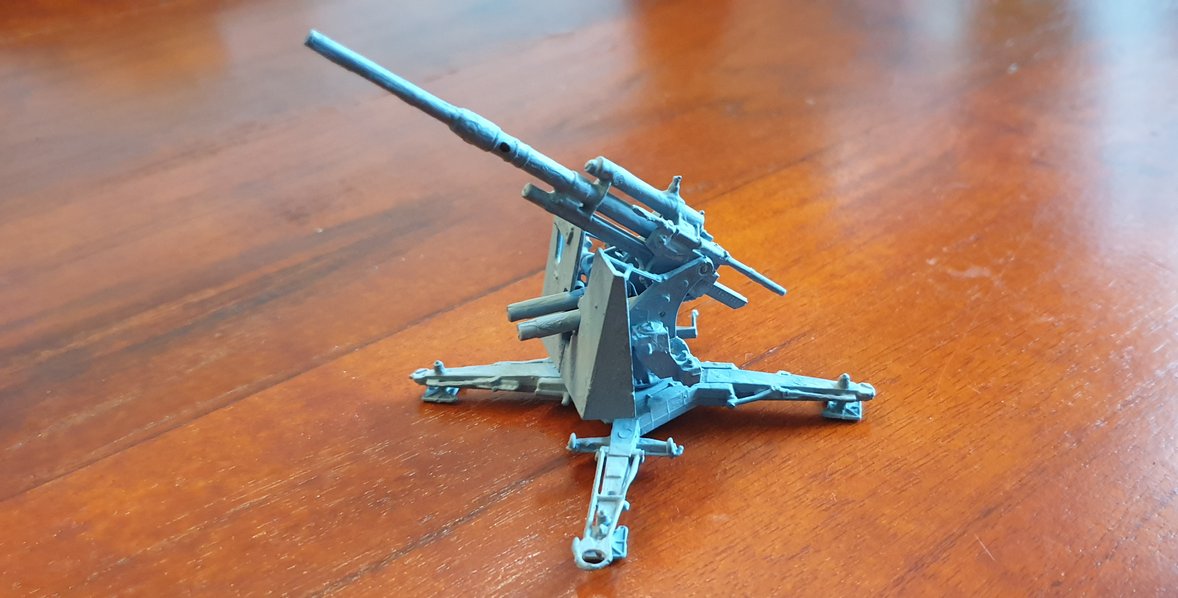