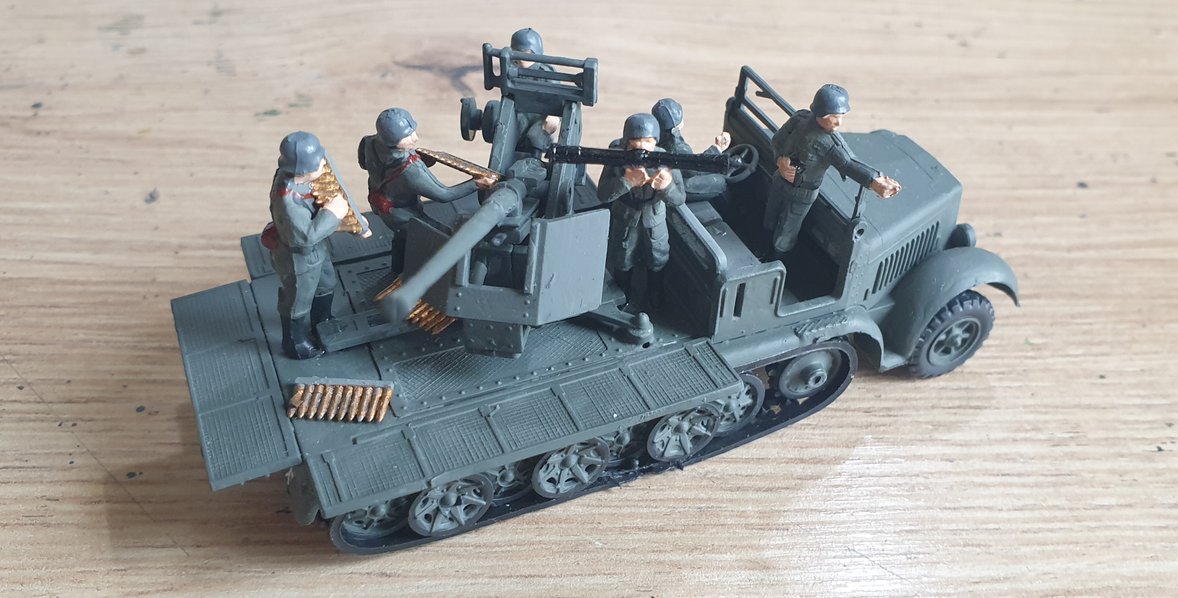 The Sd.Kfz. 7 was a half-track military vehicle used by the German Wehrmacht Heer, Luftwaffe and Waffen-SS during the Second World War. Sd.Kfz. is an abbreviation of the German word Sonderkraftfahrzeug, "special purpose vehicle". A longer designation is Sd.Kfz. 7 mittlerer Zugkraftwagen 8t, "medium towing motor vehicle 8t".

The Sd.Kfz.7 was used throughout the war. They were seen during the 1940 Paris victory parade and the Sd.Kfz. 7 features in much German wartime propaganda footage, contributing to the myth of the mechanized Blitzkrieg. In fact, while produced in large numbers, there were never enough to fully equip the German forces. Typically, like many other types, the artillery elements of Panzer and mechanized infantry units (Panzergrenadier) received them, while other units continued to rely on horses to draw their guns.

The Sd.Kfz. 7 saw extensive use in the North African Campaign where their tracks allowed them to drive through the desert sands far more effectively than trucks. Often, columns carrying troops or POWs would include at least two half tracks with one generally riding point in order to make a path through the sands that the trucks could follow.

A variant with an armored superstructure based on the Sd.Kfz. 7, the Feuerleitpanzer auf Zugkraftwagen 8t, was used by launch crews of the V-2 ballistic missile. This was necessary as the V-2 sometimes malfunctioned and exploded on the launch pad. It was also used to tow the launch pad into place. Bunkers were not used as the V-2 was transported to widely dispersed launchpads by carriage on Meillerwagen trailers that could erect them atop the launchstands/flame deflectors that each dispersed launchpad facility was equipped with for surprise launches, to avoid Allied air attacks. 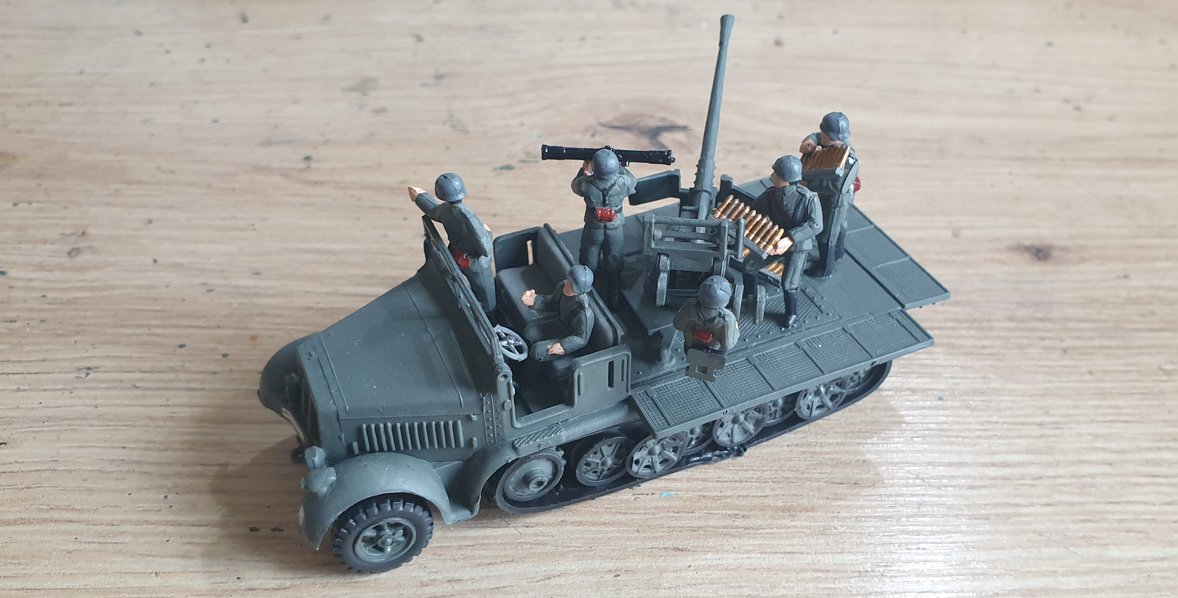 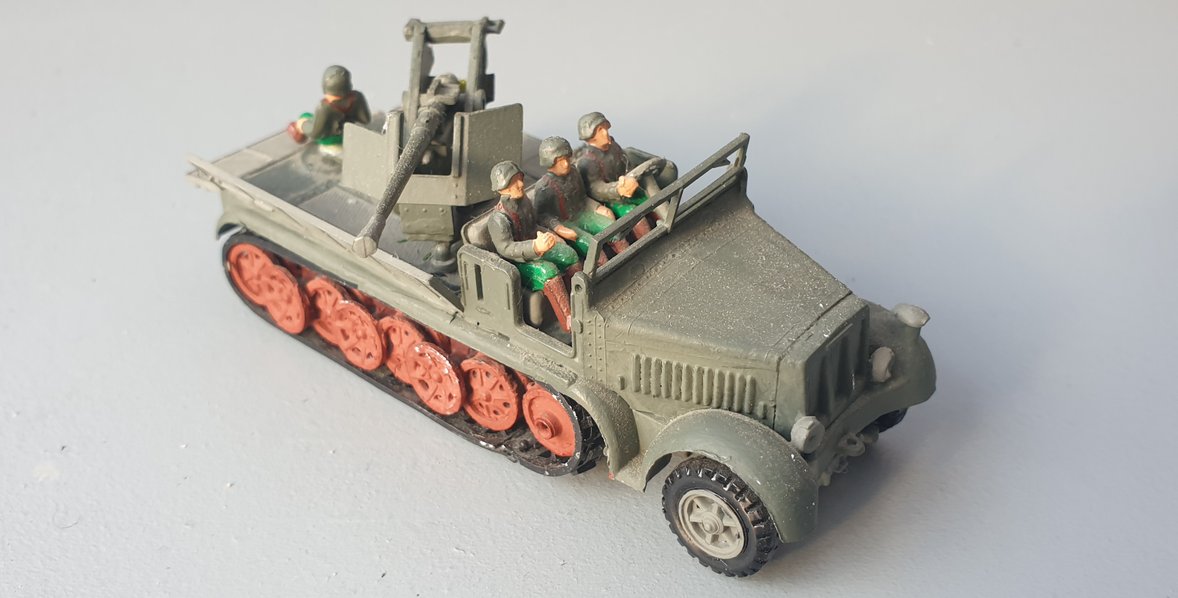 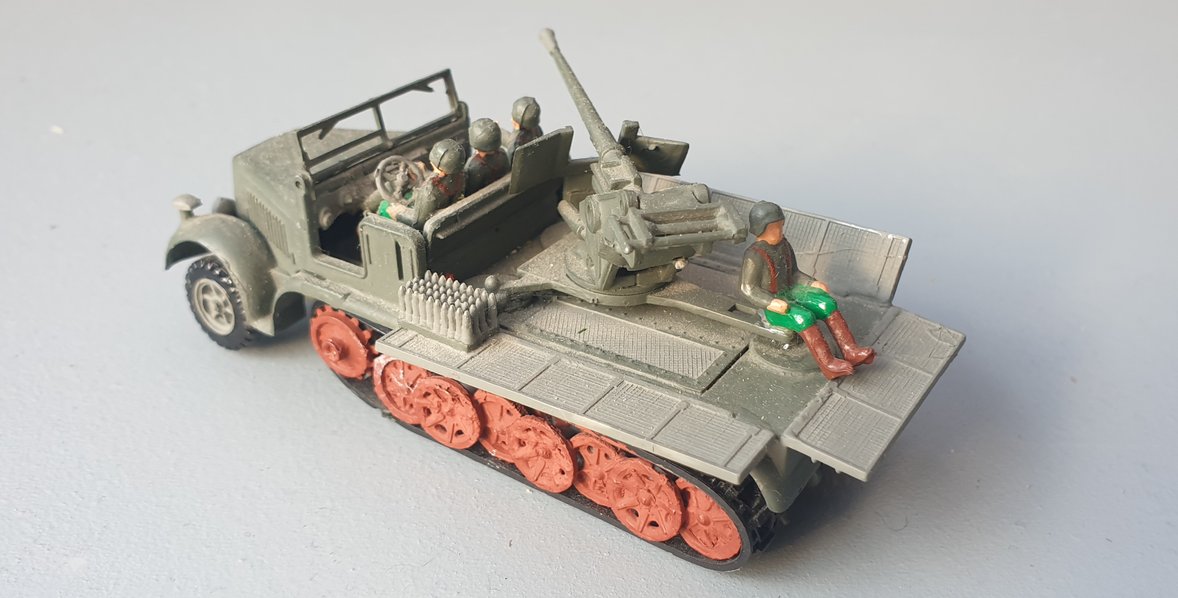