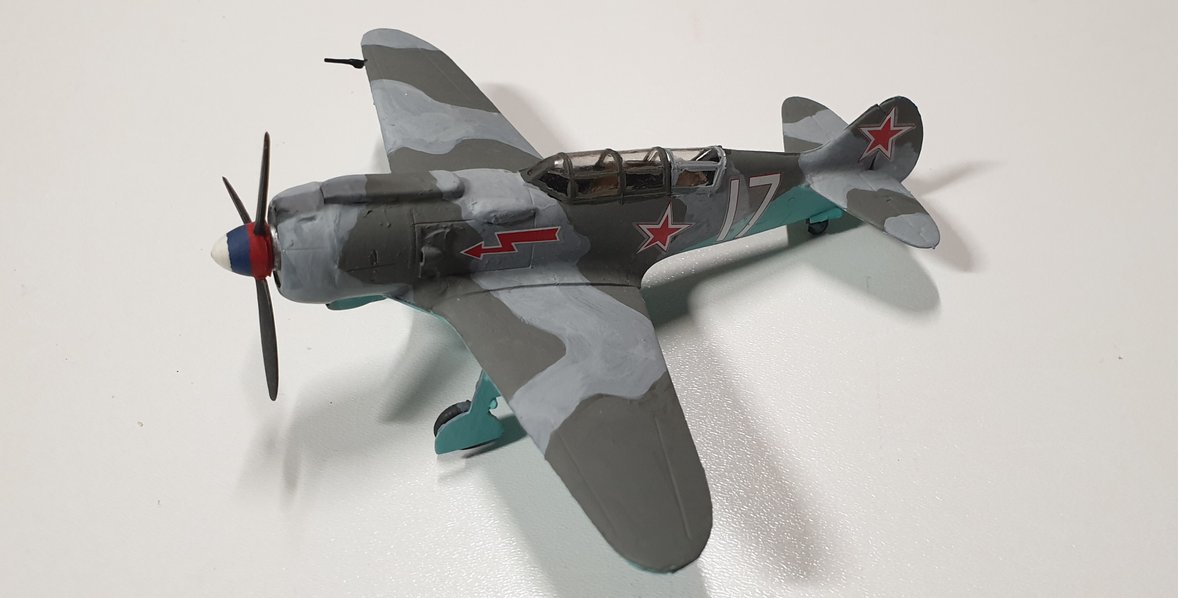 The Lavochkin La-5 (Лавочкин Ла-5) was a Soviet fighter aircraft of World War II. It was a development and refinement of the LaGG-3, replacing the earlier model's inline engine with the much more powerful Shvetsov ASh-82 radial engine. During its time in service, it was one of the Soviet Air Force's most capable types of warplane, able to fight German designs on an equal footing.

9,920 La-5s of all variants were built, including dedicated trainer versions, designated La-5UTI.

The definitive La-5FN had a fuel-injected engine, a different engine air intake, and was further lightened. A full circle turn took 18–19 seconds. Very late-production La-5FN had two 20mm Berezin B-20 cannon installed in the cowling in place of the heavier two 20mm ShVAK; both were capable of a salvo weight of 3.4 kg/s.

The La-5 was the basis for the further improved Lavochkin La-7. 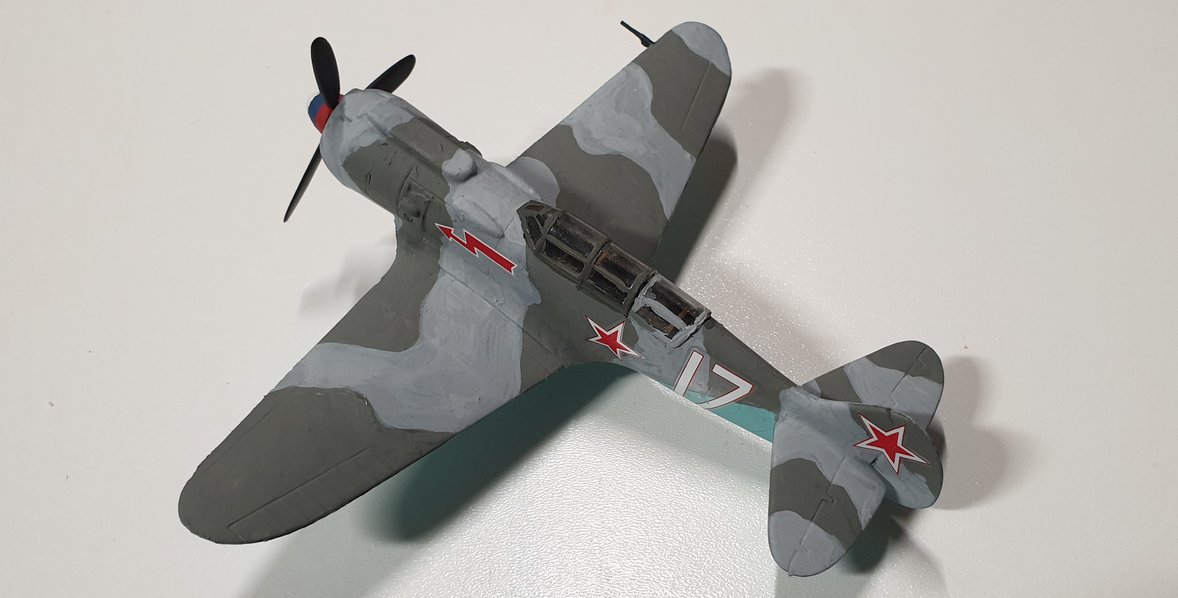 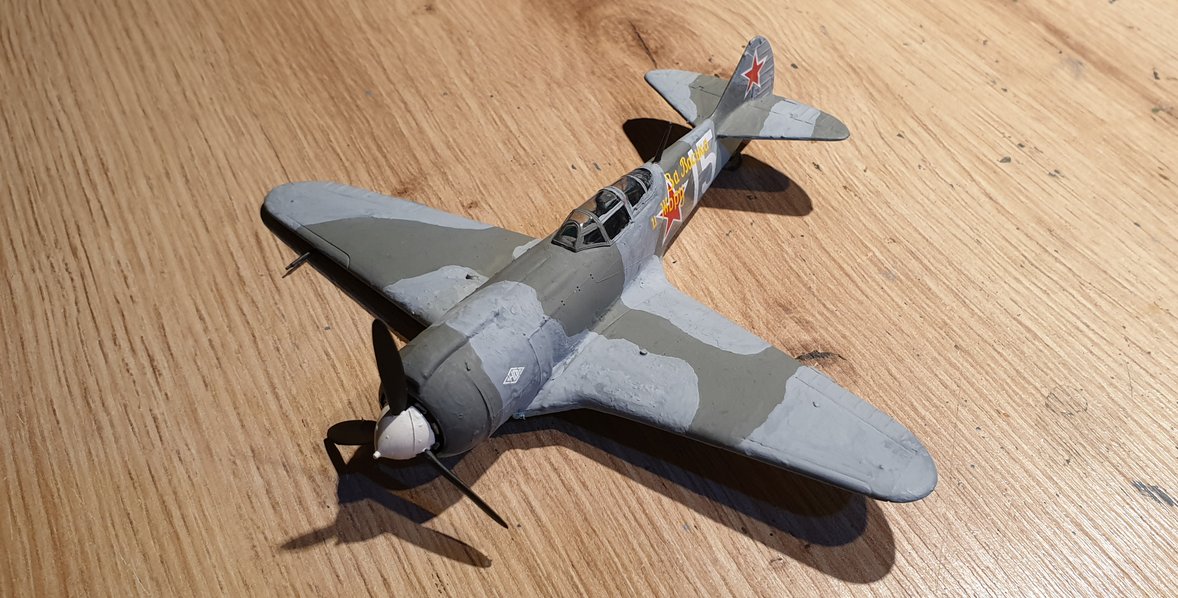 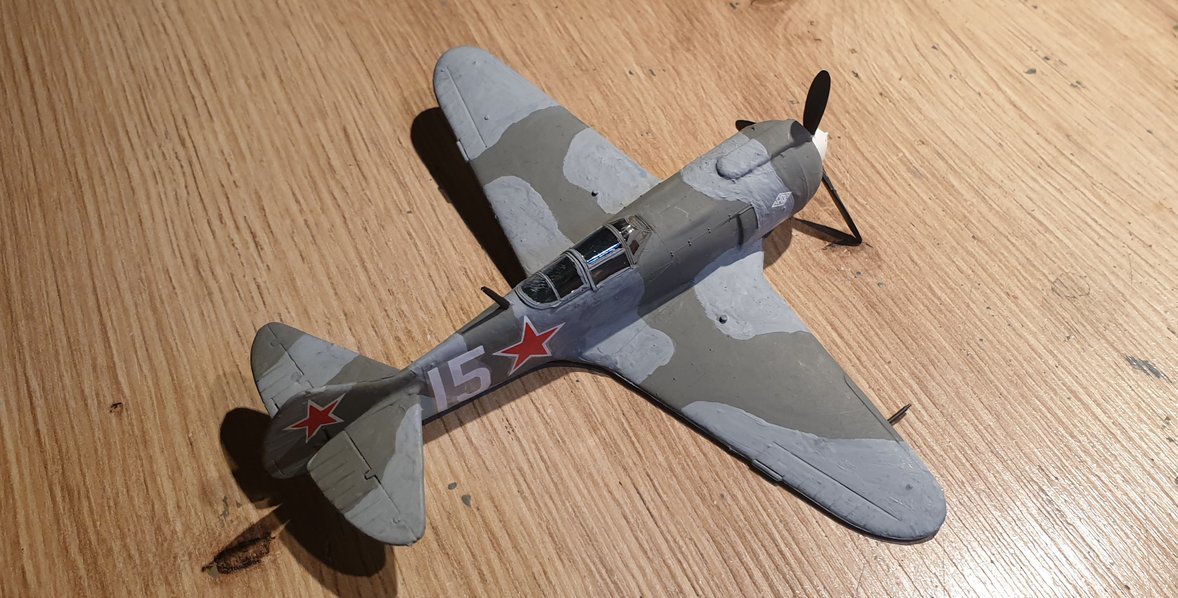