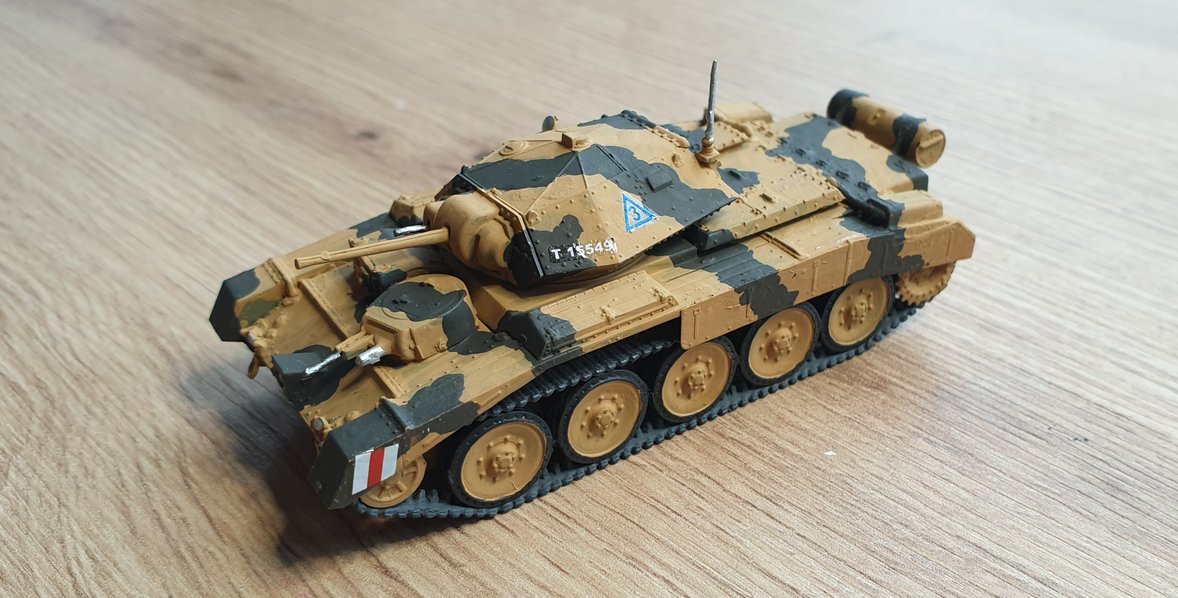 Crusader, in full "Tank, Cruiser Mk VI, Crusader", also known by its General Staff number A.15, was one of the primary British cruiser tanks during the early part of the Second World War. Over 5,000 tanks were manufactured and they made important contributions to the British victories during the North African campaign. The Crusader tank would not see active service beyond Africa, but the chassis of the tank was modified to create anti-aircraft, fire support, observation, communication, bulldozer and recovery vehicle variants.

The first Crusader Mark I tanks entered service in 1941, and, though manoeuvrable, it was relatively lightly armoured and under-armed. The following Crusader Mark II had a maximum armour of 49 mm (1.9 in). The main armament for the Crusader Mark I and II's was a 40 mm Ordnance QF 2-pounder gun; the following Crusader Mark III was fitted with a 57 mm Ordnance QF 6-pounder gun at the expense of one member of the crew in the turret. This variant was more than a match for the mid-generation German Panzer III and Panzer IV medium tanks that it faced in combat. As part of the 1st Armoured Brigade, the Crusader was to prove vital during the Battle of El Alamein, at Tobruk and in Tunisia campaign.

Retained in service because of delays with its replacement, by late 1942, the lack of armament upgrades, plus reliability problems due to the harsh desert conditions and the appearance of Tiger I heavy tanks among the German Afrika Korps, saw the Crusader replaced as the main tank by US-supplied M3 Grant and then by the M4 Sherman medium tanks but it was retained in combat use until the end of the war in North Africa and after that for training purposes in Britain.

Original production version. The auxiliary turret was often removed in the field, eliminating the hull machine gunner position. Crusader I CS (Cruiser Mk VI CS) (Close Support) mounted a 3-inch (76.2 mm) howitzer in the turret instead of the 2-pounder.

Due to delays with the Cruiser Mark VII Cavalier and the need for cruiser tanks, the Crusader was up-gunned with the 57 mm 6-pounder, the first British tank to mount this gun. Design work for a new turret started in March 1941, but Nuffield was not involved until late in the year, when they adapted the existing turret with a new mantlet and hatch.

The turret also received an extractor fan to clear fumes from the firing of the gun. The larger gun restricted turret space, so the crew was reduced to three, with the commander also acting as gun loader, a role previously performed by the wireless operator. The auxiliary turret space was given over to ammunition stowage.

Crusader III also saw the introduction of the Mk. IV Liberty engine, fixing many of the reliability issues previously encountered. This featured the Mk. III engine's later updated water pumps along with a shaft drive replacing chain drive for the cooling fans.

Production started in May 1942 and 144 were complete by July. The Crusader III first saw action, with about 100 participating, at the Second Battle of El Alamein in October 1942.

A Crusader armed with twin Oerlikon 20 mm guns for anti-aircraft use and a single .303 (7.7 mm) Vickers GO machine gun. The turret was a small polygonal turret with heavy armour, but poor situational visibility for spotting approaching aircraft. The Mk III only differed from the Mk II by the position of the radio, which was moved to the hull in order to free some space inside the turret.

A variation with triple Oerlikons was produced in very limited quantities but seem to have been used only for training.

Due to Allied air superiority over the battlefields of north-west Europe, none of the AA versions saw much action against aircraft but a few - especially with the 1st Polish Armoured Division - were used against ground targets. The AA troops - attached to HQ squadrons - were disbanded after the Normandy landings. 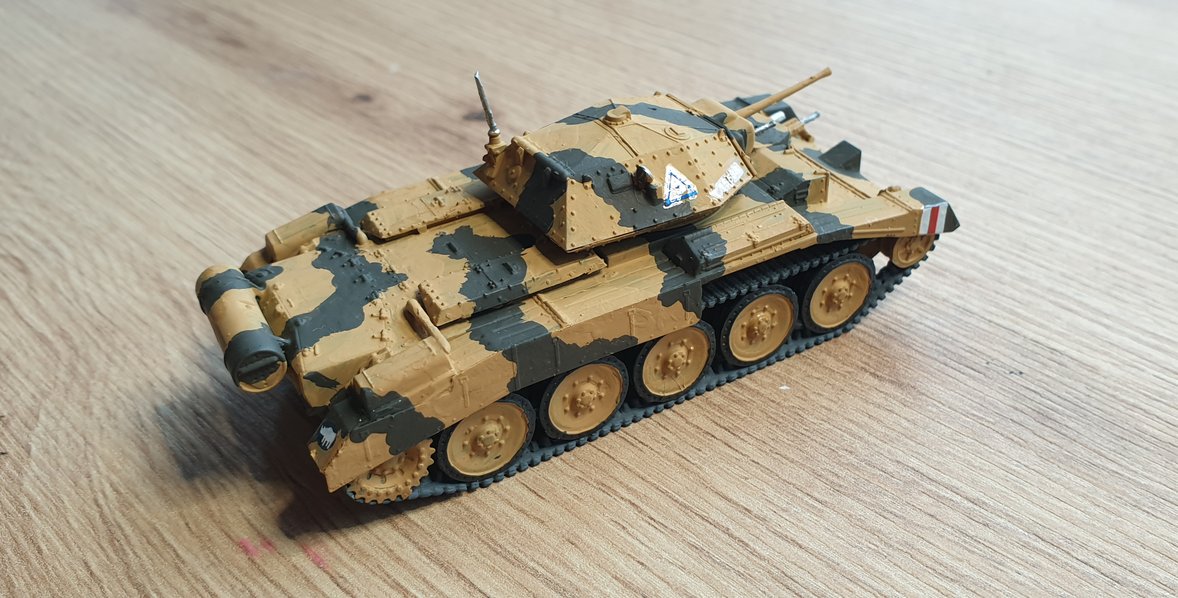 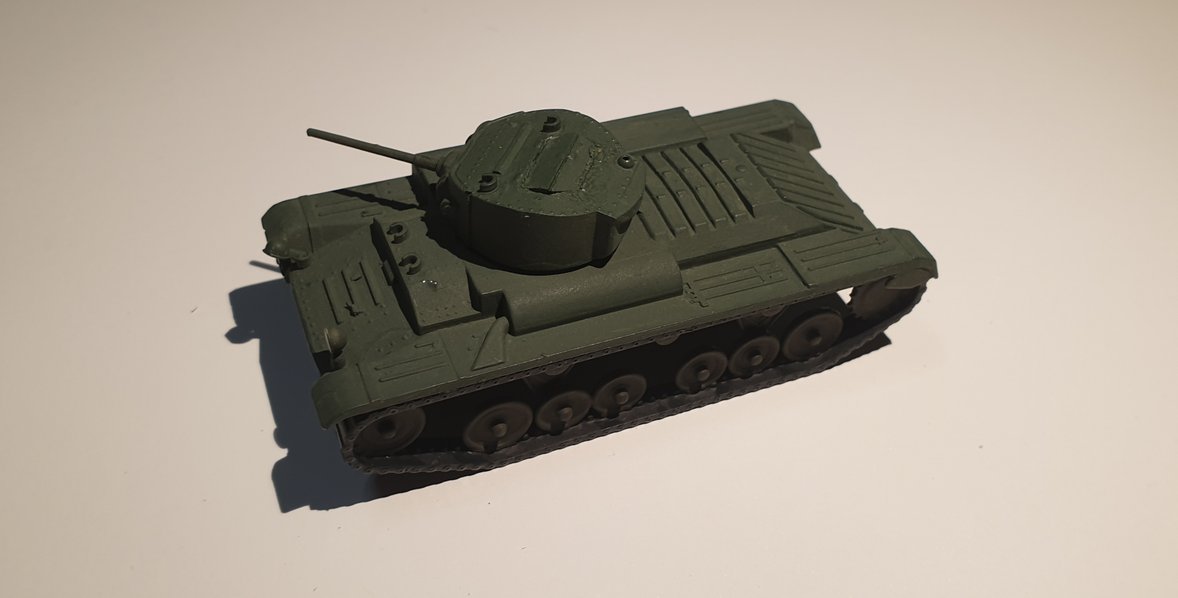 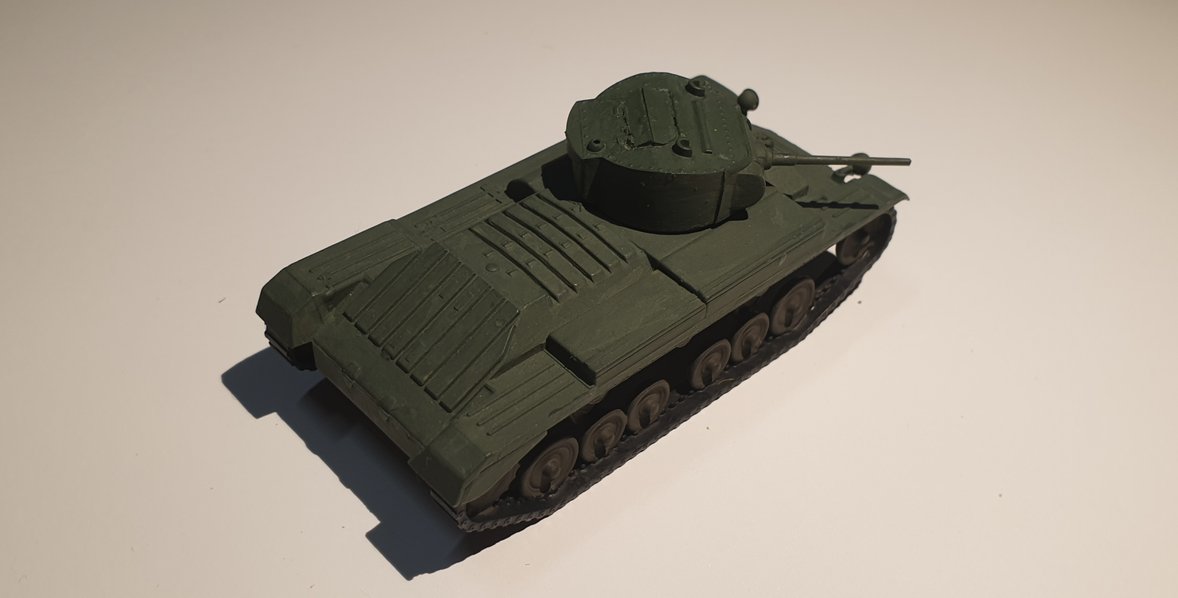