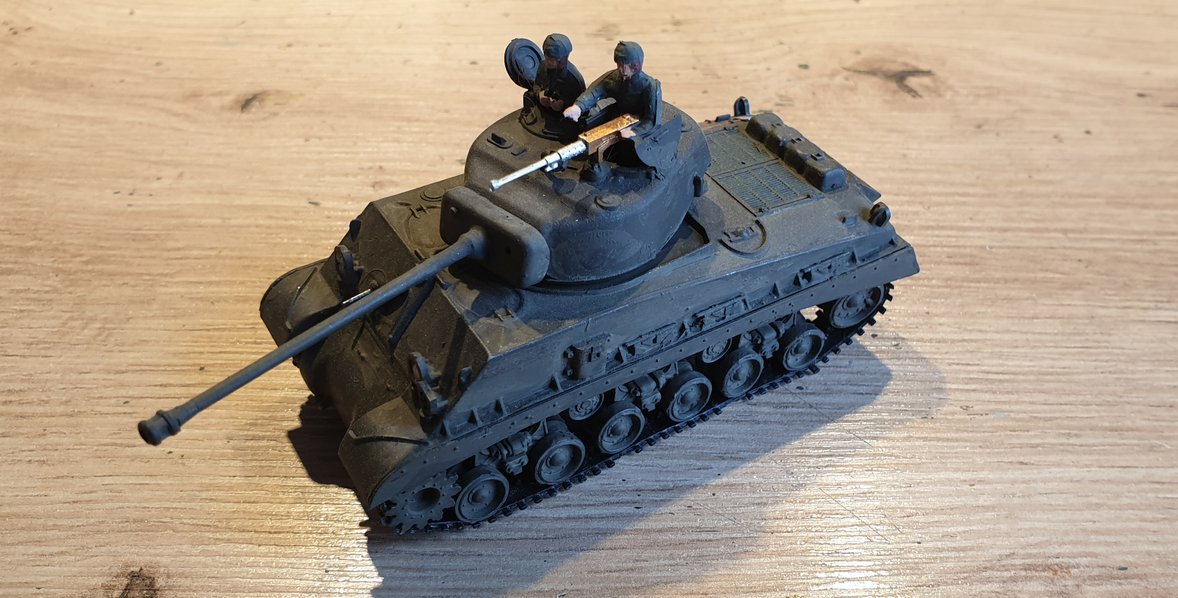 The M4 Sherman, officially Medium Tank, M4, was the most widely used medium tank by the United States and Western Allies in World War II. The M4 Sherman proved to be reliable, relatively cheap to produce, and available in great numbers. It was also the basis of several successful tank destroyers, such as the M10, 17pdr SP Achilles and M36B1. Tens of thousands were distributed through the Lend-Lease program to the British Commonwealth and Soviet Union. The tank was named by the British for the American Civil War general William Tecumseh Sherman.

The M4 Sherman evolved from the M3 Medium Tank, which – for speed of development – had its main armament in a side sponson mount. The M4 retained much of the previous mechanical design, but moved the main 75 mm gun into a fully traversing central turret. One feature, a one-axis gyrostabilizer, was not precise enough to allow firing when moving but did help keep the reticle on target, so that when the tank did stop to fire, the gun would be aimed in roughly the right direction. The designers stressed mechanical reliability, ease of production and maintenance, durability, standardization of parts and ammunition in a limited number of variants, and moderate size and weight (its width and weight were designed to conform with the War Department restrictions at the time that aimed to ease shipping problems and ensure armored vehicles would be compatible with existing bridging equipment. These factors, combined with the Sherman's then-superior armor and armament, outclassed German light and medium tanks fielded in 1939–42. The M4 went on to be produced in large numbers, being the most produced tank in American history, coming in at 49,324 produced (including variants): During World War II, the Sherman spearheaded many offensives by the Western Allies after 1942.

When the M4 tank went into combat in North Africa with the British Army at the Second Battle of El Alamein in late 1942, it increased the advantage of Allied armor over Axis armor and was superior to the lighter German and Italian tank designs. For this reason, the US Army believed that the M4 would be adequate to win the war, and relatively little pressure was initially exerted for further tank development. Logistical and transport restrictions, such as limitations imposed by roads, ports, and bridges, also complicated the introduction of a more capable but heavier tank. Tank Destroyer battalions using vehicles built on the M4 hull and chassis, but with open-topped turrets and more potent high-velocity guns, also entered widespread use in the Allied armies. Even by 1944, most M4 Shermans kept their dual-purpose 75 mm gun. By then, the M4 was inferior in firepower and armor to increasing numbers of German heavy tanks, but was able to fight on with the help of considerable numerical superiority, greater mechanical reliability, better logistical support, and support from growing numbers of fighter-bombers and artillery pieces. Some Shermans were produced with a more armor-piercing gun, the 76 mm gun M1, refitted with a 76.2mm calibre Ordnance QF 17-pounder gun by the British (the Sherman Firefly), or given a 105mm gun to act as infantry support vehicles.

The relative ease of production allowed large numbers of the M4 to be manufactured, and significant investment in tank recovery and repair units allowed disabled vehicles to be repaired and returned to service quickly. These factors combined to give the Allies numerical superiority in most battles, and many infantry divisions were provided with M4s and tank destroyers. 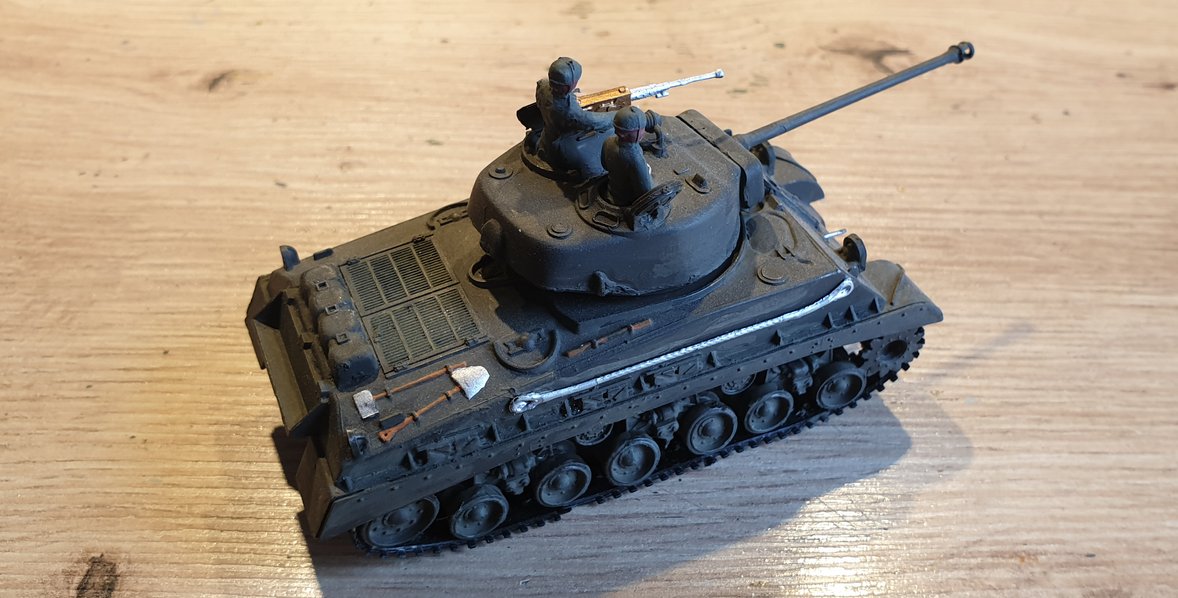