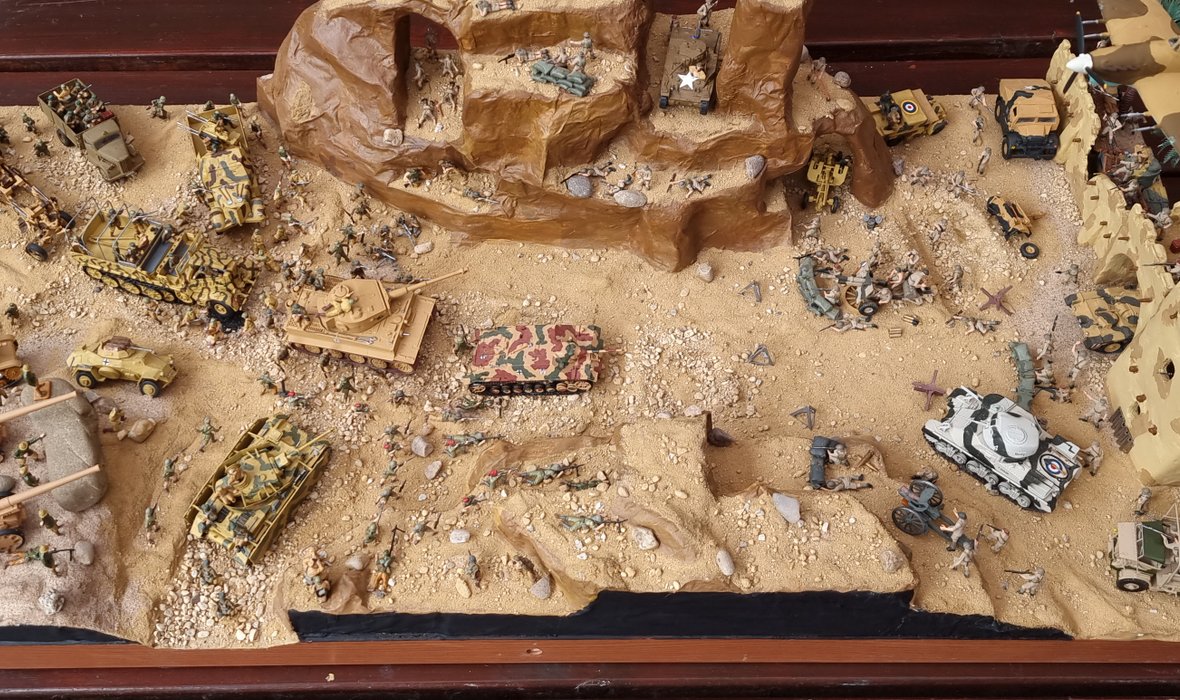 Somewhere in a desolate desert of Northern Africa a convoy of the German Afrika Korps, bolstered by the Italian Infantry (Bersaglieri), is entering a narrow pass to reach an ancient fortress and settlement which is defended by the British 8th Army. The approaching escort consists of many troops, tanks, guns and vehicles… and not just any kind.

Not totally unaware of their presence, the approaching mass pushes forward in attempt to harass the opponents. Although not all German artillery as the Mörser gun is mounted  and a half-track has a breakdown, still consider lots of confidence because of the heavy German tanks.

However, as the enemy is already spotted, the besiegers have an ambush stand-by compiled of hastily gathered equipment and manpower. Hopefully the ridges will provide them enough flanking from multiple angles and are the walls of the fort strong enough. The belligerents cope with an interesting outcome. Withstand the poorly equipped British the mighty power of the Italian Artillery and the German superior tanks?

A diversity of a few German, Italian and British tanks, artillery, vehicles and airplanes, such as Panzer IV, Matilda, Semovente, Hurricane, Flak, Bofors, etc. The plastic models which are constructed, painted and hence used in the diorama are represented below. Click on each images to redirect to detailed facts & more photos.