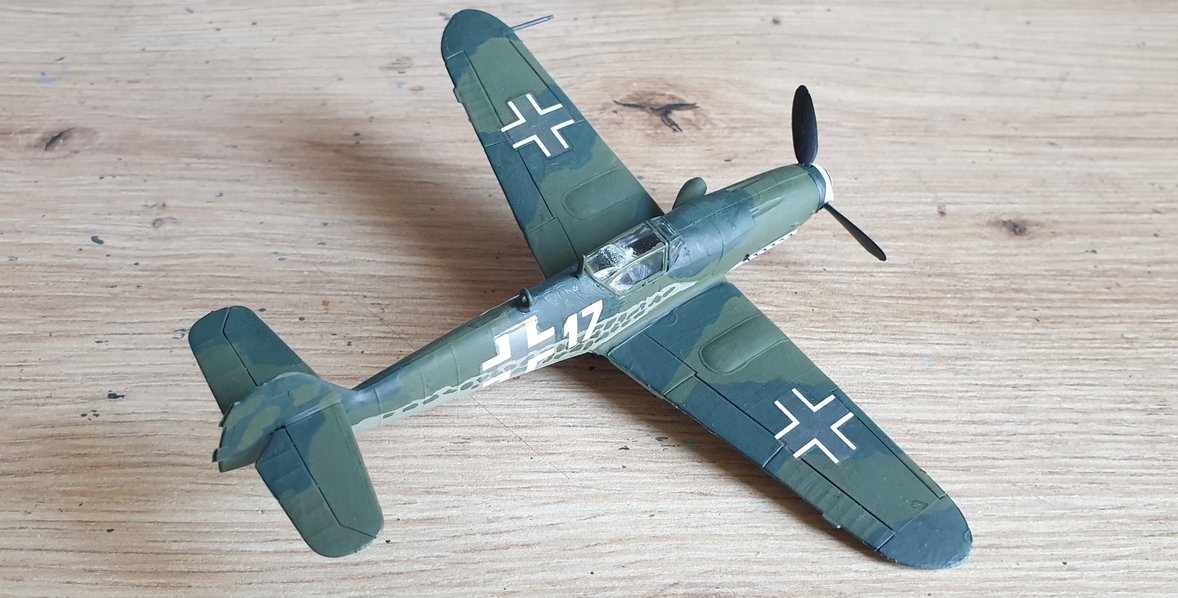 The Messerschmitt Bf 109 is a German World War II fighter aircraft that was, along with the Focke-Wulf Fw 190, the backbone of the Luftwaffe's fighter force. The Bf 109 first saw operational service in 1937 during the Spanish Civil War and was still in service at the dawn of the jet age at the end of World War II in 1945. It was one of the most advanced fighters when it first appeared, with an all-metal monocoque construction, a closed canopy, and retractable landing gear. It was powered by a liquid-cooled, inverted-V12 aero engine. It was called the Me 109 by Allied aircrew and some German aces, even though this was not the official German designation.

It was designed by Willy Messerschmitt and Robert Lusser who worked at Bayerische Flugzeugwerke during the early to mid-1930s. It was conceived as an interceptor, although later models were developed to fulfill multiple tasks, serving as bomber escort, fighter-bomber, day-, night-, all-weather fighter, ground-attack aircraft, and reconnaissance aircraft. It was supplied to several states during World War II and served with several countries for many years after the war. The Bf 109 is the most produced fighter aircraft in history, with a total of 33,984 airframes produced from 1936 to April 1945.[2][3] Some of the Bf 109 production took place in Nazi concentration camps through slave labor.

The Bf 109 was flown by the three top-scoring fighter aces of all time, who claimed 928 victories among them while flying with Jagdgeschwader 52, mainly on the Eastern Front. The highest-scoring, Erich Hartmann, was credited with 352 victories. The aircraft was also flown by Hans-Joachim Marseille, the highest-scoring ace in the North African Campaign who shot down 158 enemy aircraft (in about a third of the time). It was also flown by many aces from other countries fighting with Germany, notably the Finn Ilmari Juutilainen, the highest-scoring non-German ace. Pilots from Italy, Romania, Croatia, Bulgaria, and Hungary also flew the Bf 109. Through constant development, the Bf 109 remained competitive with the latest Allied fighter aircraft until the end of the war. 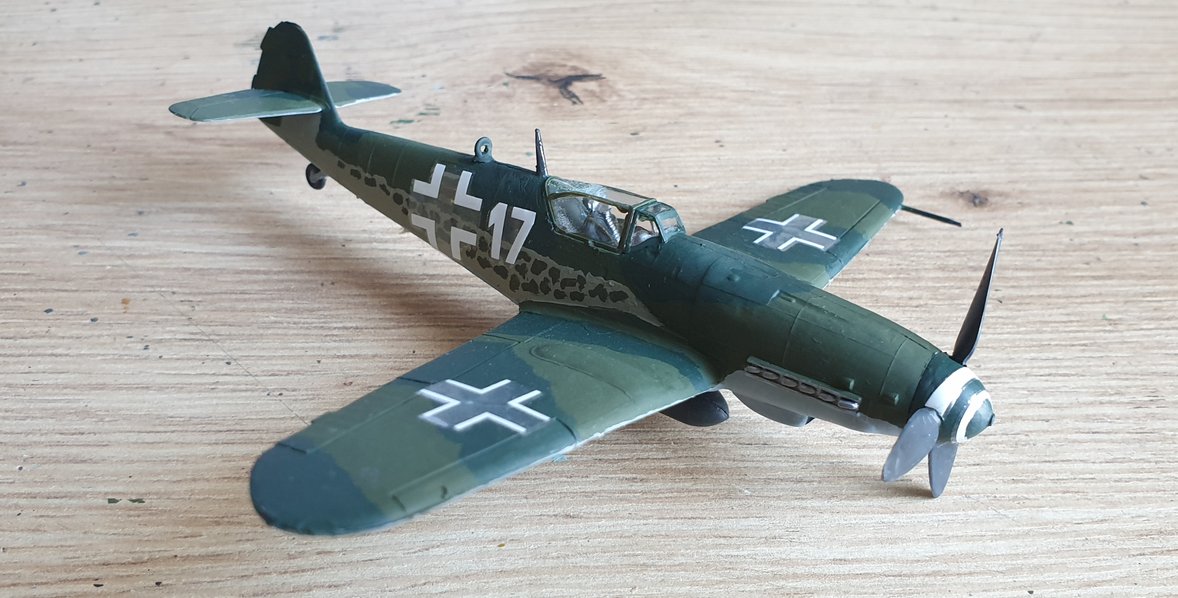 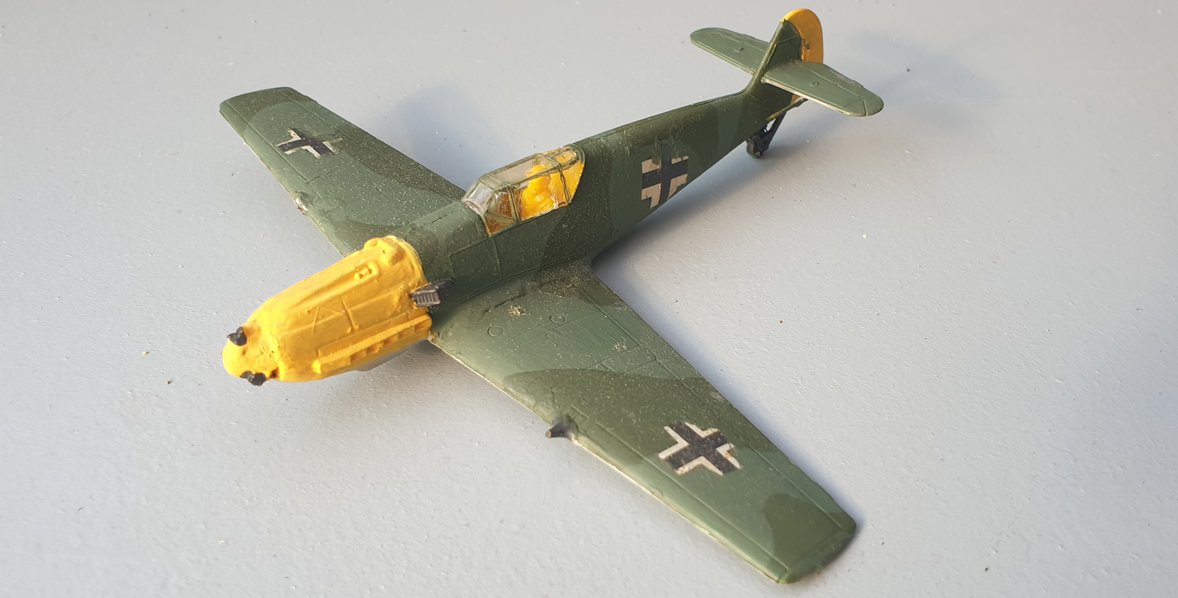 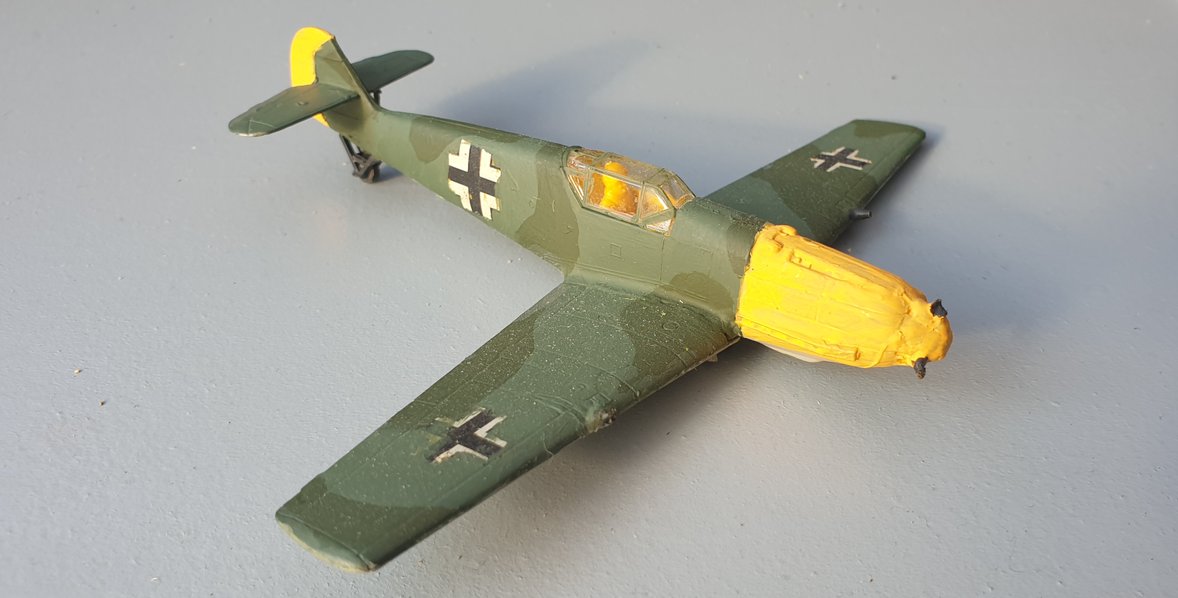